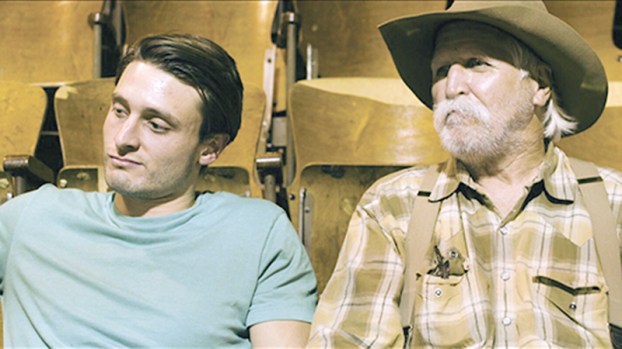 Mills, the grandson of retired Brookhaven judge Donald Patterson, made the comedy “Porches and Private Eyes” in Brookhaven and released it last year. Now he’s back with a darker, more dramatic film that he shot in Bogue Chitto and parts of Brookhaven.

The 95-minute movie, “Don’t Come Around Here,” picked up a Spirit of the Hoka award at the Oxford Film Festival over the weekend in the Best Mississippi Feature category.

It will be showing in Brookhaven at Recess 101 Friday night and will be the featured film at the Mississippi Film Showcase at the Strand in Vicksburg Saturday.

Mills first considered filming the drama in New York or Arizona. But he felt the story fit best in Mississippi. He thought about Monticello and Wesson but settled on Bogue Chitto.

The film is about Chuck, who ran away to be an actor in New Orleans. But when he learns his father is dying, he must come home and come to terms with his troubled brother Lenny, his own fears and a secret he’s been hiding for years. “So he has to come home and deal with that,” Mills said.

When he’d tell people in Bogue Chitto about the storyline, he said they all told him the same thing — “That sounds about right.”

He’s since discovered that “Don’t Come Around Here” belonged in Bogue Chitto the same way “Porches” belonged in Brookhaven, he said.

Actor Michael Rayborn, of Bogue Chitto, is making his debut in the film. Several of the extras are from Brookhaven. Some of the scenes were shot in Brookhaven as well, he said.

There’s a scene at the Godbold Transportation Center and one shot in Rosehill Cemetery.

Lincoln Countians might recognize a local face in the cemetery. Betty Ann Perkins, of Brookhaven, is in the scene shot there.

“She’s one of the great Brookhaven ladies,” Mills said.

Perkins, 86, was best friends with Mills’ grandmother, Carolyn Patterson. Mills asked her to be in his movie.

Her only concern was if she’d have to talk. She didn’t.

“I let the director tell me every move I was supposed to do,” she said. “It was more me coming and going than standing around and doing anything.”

But now she can tell people she’s an actress. “If they see it they may not say that,” she said, laughing. “But I love Travis and I’d do anything for him.”

Most of the movie is set in Bogue Chitto. There are scenes at TJ’s Diner — “Their chicken fried steak sandwich is amazing,” Mills said — and also the Bogue Chitto Attendance Center.

It stars Jordan Salloum as Chuck, and Jeremy Sande as his brother, Lenny. Cotton Yancey plays their dad and Creek Wilson plays Warren. Sande, Wilson and Yancey were in “Porches,” too.

Yancey also plays the lead in “Blood Country,” a film Mills will begin shooting in Lawrence County in March. Mills wrote the screenplay based on the book of short stories called “Mississippi Gumbo” by the late Bobby Jones. They’ll be filming in Lawrence County and then throughout the state.

He’ll need extras. “We’ll put the word out for that,” he said. “Obviously, I love Brookhaven and I want to get people involved as much as possible.”

Mills plans to shoot four films in Mississippi in the next two years. One of those will be a sequel to “Porches and Private Eyes.”

No matter where his film making takes him — around the country or around the state — he likes to come back to Brookhaven. It’s like home, he said. “It’s our center. Our Hollywood,” he said.

Seating for Friday’s show at Recess 101 is limited. Tickets are $20 and are available at the door only. The venue is located at 312 S. First St. and seats only a few dozen people. Mills wanted a more intimate venue for the first showing in Brookhaven, he said.

Movie content is suitable for adults only. Minors must be accompanied by a parent or guardian.

Events Saturday at the Mississippi Film Showcase in Vicksburg begin at noon. The theatre is at 717 Clay St.

“Don’t Come Around Here” is part of a showcase of films made in Mississippi by Mississippi filmmakers. The schedule includes an introduction with Mills and theatre programmer Daniel Boone at 12:15 p.m. followed by Running Wild Films in Mississippi featuring shorts and documentaries filmed in the state.

Student films from Mississippi School of the Arts will be shown at 3 p.m. followed by a panel discussion with Mississippi actors and filmmakers at 4 p.m. 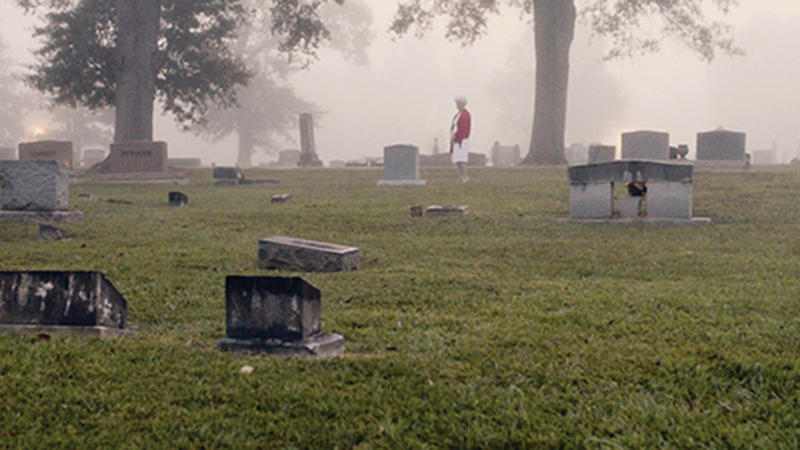 Photo submitted/Betty Ann Perkins walks among the headstones in Rosehill Cemetery in Brookhaven for her acting debut in “Don’t Come Around Here,” a film shot in Bogue Chitto and Brookhaven and produced and co-written by Travis Mills. Mills also wrote, directed and produced “Porches and Private Eyes.”