Organizer opens The Venue for parties

‘Be mindful of this responsibility’: Brookhaven’s board of aldermen, mayor and chief of police take oaths

The future and present leaders of the city took their oaths of office Thursday in a solemn ceremony that also included a few lighter moments.

Chancery Judge Ed Patten and Circuit Judge Michael Taylor took turns leading the members of the Brookhaven Board of Aldermen, mayor and police chief in their oaths.

Patten joked that the oath of office is sometimes called a swearing-in, “which comes before the swearing-at.”

Patten reminded the nine — Aldermen Dorsey Cameron, Shannon Moore, Mary Wilson, Jason Snider, Fletcher Grice, Shelley Harrigill and Karen Sullivan, Mayor Joe Cox and Police Chief Kenneth Collins — that they should be mindful of the aspects of their public service and that the decisions they make can affect people’s lives.

He applauded them each for standing up and assuming the leadership roles.

“Be mindful of this responsibility,” he said.

Cameron has held office before. Wilson, Grice, Sullivan and Cox were incumbents who remained in office.

The ceremony was held in the county courtroom upstairs in the Lincoln County Government Complex. The venue was filled with friends and family of those participating in the public event.

Many included their families in the ceremony.

Margie Cameron, Valerie Moore, Jerry Wilson, Wanda Grice and Angie Cox each held Bibles for their spouses as they each took their oath of office. Snider’s mother, Carla Snider, and Harrigill’s father, Don Harrigill, participated in theirs.

Collins not only had his wife, Rhonda, there to hold the Bible for him, but he was also joined at the front by Police Commander David Johnson and Capt. Chris Case, who will be his assistant chief.

Taylor said they would all be expected to face their public graciously for the next four years.

“It’s important we interact with our constituents, especially the disgruntled ones,” he said.

He reminded them to practice saying, “I’m here to serve.”

Taylor also addressed those in the packed courtroom.

The first public meeting of the new board will be Wednesday at 6:30 p.m. One of their first orders of business will be to appoint a new city clerk to replace Mike Jinks, who officially retires today. 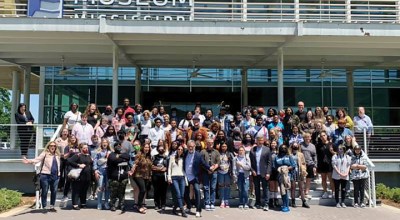