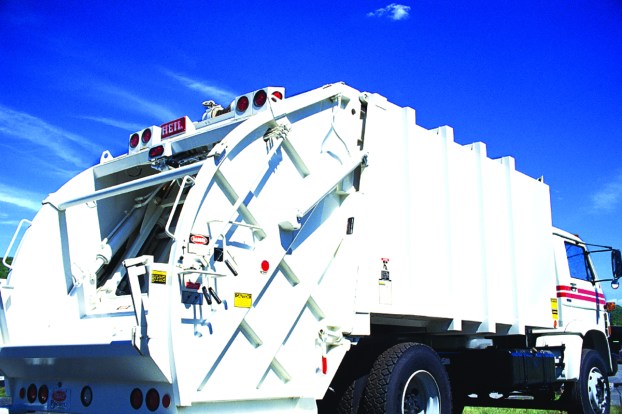 County supervisors on Monday exacted promises from a garbage company representative come to court favor ahead of next month’s new contract award, showing a glimpse of the guarantees they plan to require from Lincoln County’s next trash collector.

Supervisors spent half an hour asking questions about the way Alabama-based Arrow Disposal Service Inc. does business, laying out a dozen “what-if” scenarios based on the numerous problems they’ve had with current trash pickup provider Waste Pro. Several of their concerns — like accountability to the board, communication with managers and penalties for missed pickups — are likely to turn up this month in the county’s request for proposals, a legal document that will invite companies to bid on the contract and establish rules for the job.

“It’s all about being accountable. We need to see somebody’s face at least twice a year,” said District 1 Supervisor and board president Jerry Wilson.

The face they saw Monday was ADSI Vice President of Governmental and Public Affairs Jimmie Moore, a garbage high-up that has worked for a handful of companies around Mississippi and someone supervisors immediately knew and seemed to trust.

Moore’s familiarity with the board didn’t stop supervisors from throwing tough questions his way, but supervisors’ respect for his reputation and the rules he swore ADSI would live by if selected may have put the company out front in the race to collect trash from the more than 9,000 households in Lincoln County.

The RFP is expected to publish later this month, and supervisors hope to open and award bids May 1 — the same day the City of Brookhaven will make its own hire for garbage pickup.

Moore pledged to make all the Waste Pro problems go away — theoretically — but he cautioned supervisors that trash pickup is an imperfect business.

“Do we have some misses? Yes. Because we deal with human beings,” he said. “The key to this business is communication.”

Moore said ADSI tracks missed pickups day to day, with the next day’s drivers going back to grab missed residences’ garbage. He guaranteed missed pickups will be handled within 24 hours.

Responding to a question from District 4 Supervisor Eddie Brown, Moore said routes will remain consistent across the county from week to week.

“You get to the point where people who are retired and sitting at home will set their watches by that garbage truck,” he said. “If it don’t run, they’ll be calling.”

Supervisors’ RFP will maintain 7 a.m. as the deadline for residents to place their garbage at the road for collection and will assess fines to the new collection company for any missed pickups county crews have to collect. Moore pointed out sometimes residents are late getting their garbage to the road, but short of installing cameras on each truck there’s no sure way to prove who’s right and wrong in those situations.

Moore also said ADSI would utilize local vendors for fuel, tires and other services for the garbage trucks they would send to Lincoln County. If chosen, the company would also seek to establish a local office and rent space from the county for a truck yard.