‘Everything we did was for him’ — The Brookhaven… 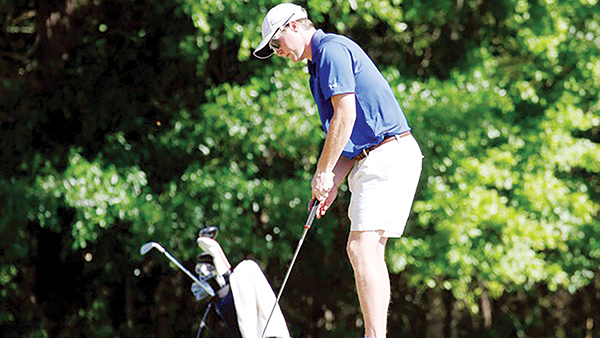 Photo by Co-Lin Athletics Information/Co-Lin’s Zachary Smith fired a 69 in the final round of the National Junior College Athletic Association Division II Men’s Golf Championship to finish in 16th place.

Co-Lin’s Zachary Smith of Madison fired a 69 in the final round of the National Junior College Athletic Association (NJCAA) Division II Men’s Golf Championship to finish in 16th place. This year’s tournament was played at Glenlakes Golf in Foley, Alabama. Smith was one of over 130 of the nation’s best community college golfers competing in the four-day tournament.

“Zachary didn’t have his best stuff this week, but he dug in with his short game and hung in there,” said Co-Lin golf coach Ronny Ross. “He is a fighter till the end. Whoever picks him up for the next two years will be glad they did. He is a fine young man and has been a great representative for Co-Lin the past two years.”

Smith, who started the final day tied for 27th, finished the tournament 4-over at 292 (73-73-77-69). Leon D’Souza of South Mountain Community College (AZ) captured medalist honors finishing 8-under for the tournament.

“I was confident going into the tournament because the course set up well for my game, and I thought my game was in good shape to play well,” said Smith. “I was pleased with the way I played with the exception of round 3, but I was happy to bounce back and shoot 69 in my final round. It has been a joy to play these last two years for Coach Ross. I’m very thankful for what he has done for me and helping me become a better golfer but also a better person.”

Mississippi Gulf Coast Community College claimed its first team championship by shooting 9-under in the fourth round. The Bulldogs finished at 2-under to hold off MACJC rival Meridian by one shot, moving up two places on the leaderboard to claim the title.