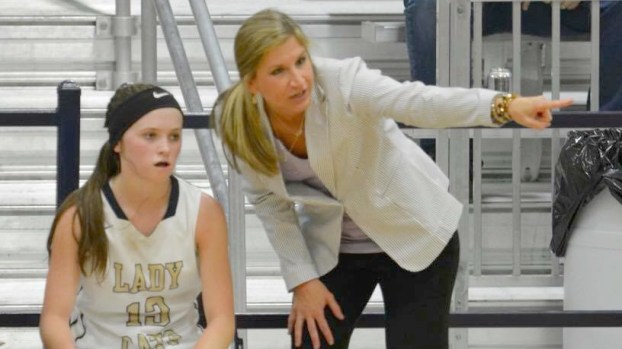 Bogue Chitto has always been home for Christi Terrell. She’s a Bobcat alum and has been the girls’ basketball coach at the school the past 14 years.

But she felt God was pushing her in another direction and towards another destination, and she felt with the longevity basketball coaches usually have in Lincoln County, it was either now or never if she wanted to take on a new challenge.

So she took it.

“I’m excited to be going to Loyd Star, for sure,” Terrell said. “Loyd Star is a great school with great athletic programs, and I’m excited about going.”

Terrell has coached against the Hornets continuously over her 14 years at Bogue Chitto, so she knows what kind of players the program possesses and the athletes she’ll be taking over.

“I know the community and the players well,” Terrell said. “They’re Lincoln County people that we know and have been playing forever.”

While Terrell said she was excited for the new challenge which awaits at Loyd Star, she knew telling the kids at Bogue Chitto was going to be hard.

“I’ve been there for 14 years, and if you count me going to kindergarten, it would be 27 years,” Terrell said. “I have family in Bogue Chitto, and really good friends here. It wasn’t an easy decision at all. It was extremely hard leaving home. I just felt like God was calling for a change, and he opened a door for that.”

With Loyd Star and Bogue Chitto being in the same district, Terrell will face the school she graduated from.

“I have one son, but having coached all the girls at Bogue Chitto, I have a bunch of daughters,” Terrell said. “When you coach them, you get so close to them. You care about their well-being. It’s more than just coach-player. It’s going to be awkward when we play each other, because I’m going to be playing against my girls that I’ve coached. I wish them nothing but success, but at the same time I’m going to work really hard to make Loyd Star the best program it can be.”

Terrell said there were a lot of factors that went into play for moving to Loyd Star.

“I’ve given Bogue Chitto everything that I could possibly give for the last 14 years,” Terrell said. “I felt that it was time for a new challenge. It was time for something different, and everything fell into place. It was just like it was time, and this was what I was supposed to be doing.”