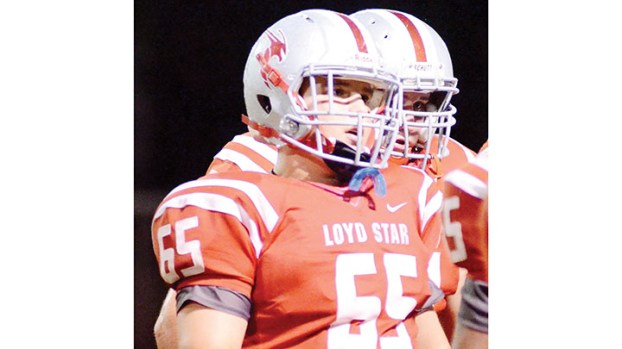 Daily Leader file photo Rials Hester returns to Loyd Star this season to man the center position for the Hornets.

Primetime 23 is a list of the top players to watch ahead of the 2018 football season.

The offensive linemen at Loyd Star call themselves “The Business,” and for good reason, considering the rushing success the Hornets enjoyed last season.

A key cog in the success has been center Rials Hester who has started over his entire career at the center position for Loyd Star.

The Hornets have five returning players who saw lots of time last year on the offensive line, and Hester is excited about the chemistry it’ll provide them going into this season.

Hester has started at center since his sophomore year, and he said he enjoys being able to be the leader of the offensive line from that position.

“It’s something that I enjoy because the center is the leader on the offensive line,” Hester said. “That way, if someone has to take the fall for something going wrong it can be me. I can handle that being me.”

The Hornets were a force on the offensive side of the football last year in the rushing department, as they ran for 2,506 yards on the year, more than 250 yards per game.

Hester said this is the year they’ve been waiting on because of the experience back on both sides of the football.

“I enjoy the leadership side of being on this team,” Hester said. “We were getting into the thick of things last year before some injuries hit us. We have 16 seniors this year though and this should be our top year. We haven’t had a winning season since I’ve been here, and I want that to change.”