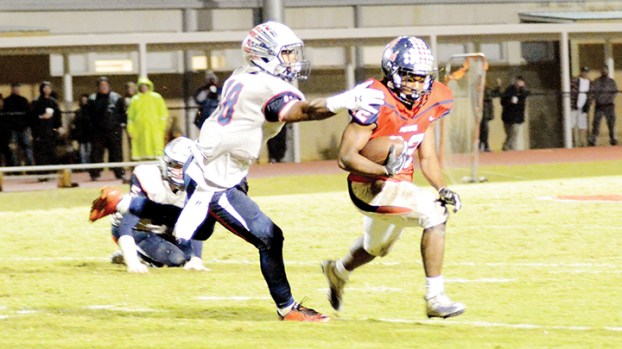 There always seems to be a little extra buzz in the air when former district foes Lawrence County and Brookhaven High School meet on the fields of competition. King Field should be packed to capacity Friday night when the visiting Cougars travel to Brookhaven to take on the homestanding Panthers.

Lawrence County is coming off of an impressive 53-27 whipping of 5A North Pike. Brookhaven was soundly beaten 36-7 last week by defending 6A state champions Pearl.

“They were in that game for way longer than the score indicates,” says Anderson. “They moved the ball on Pearl at times, they’ve got talent in their skill positions and they have a really big defensive front.”

Brookhaven head coach Tucker Peavey isn’t satisfied with what he saw from his squad against Pearl.

“Ultimately we had too many missed assignments,” said Peavey. “You can’t beat a good football team if you are getting behind the chains and starting every drive in a hole.”

When Peavey looks at Lawrence County on film, he sees a physical football team.

“I thought they played really well against North Pike,” said Peavey. “You know that they are going to run the ball, but they do a great job of hiding the ball carrier or disguising what their intent is. Their defensive line also played really well last week.”

Against Pearl the Panthers got 90 yards passing – 8-for-16 – from senior quarterback Sevante Quinn. Sophomore Gabriel Burnett was the leading rusher after running for 38 yards on 10 carries. Senior linebacker Wesley Calcote led his team with 13 tackles against Pearl.

Brookhaven beat Lawrence County 41-14 in Monticello last season. The Panthers are 8-2 in their last 10 meetings with the Cougars.