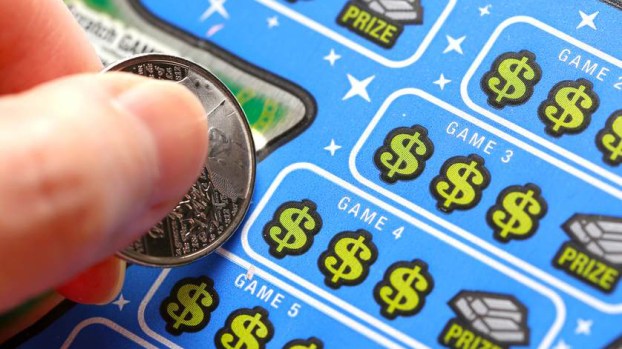 Legislation to create a statewide lottery died on a close vote Monday night, but it’s not quite what lawmakers call “dead, dead, dead.”

The bill establishing the Mississippi Lottery Corporation died on a 61-53 vote around 8 p.m. Monday night in the House but was immediately held on a motion to reconsider, giving Republican bigwigs one more chance to strike up a deal with the opposition when lawmakers gavel back into session at 12:30 p.m. Tuesday. District 92 Rep. Becky Currie, R-Brookhaven — who has supported the lottery through all its votes and amendments — said the bill could come back to lifeTuesday if conferees can find a plan to satisfy Senate leaders.

“It could be resuscitated if the Senate agrees to change some things. A bill is never dead until it’s dead, dead, dead,” she said. “But the other thing is, we don’t have to do this in special session. We go back in four months, and we can still get this bill right.”

Currie, a 10-year veteran Republican lawmaker and committee chairwoman, said one of the sticking points was the salary cap of the five-member lottery board that would oversee the corporation. House conferees wanted to cap the salaries, but senators appointed to iron out the details kept removing the salary caps.

Currie said the lack of salary caps scared off some representatives, including an important bloc of Democrats who had supported the bill earlier.

“With five people and uncapped salary, it could have been anything you wanted it to be,” she said.

The defeat of the lottery bill marks another failure for Mississippi Republicans in 2018, who have control of the Legislature but have struggled to push through party-critical legislation, with pretty much every attempt sputtering out in disagreements between the House and the tightly-controlled Senate leadership under Lt. Gov. Tate Reeves.

A huge effort to replace the Mississippi Adequate Education Program with an EdBuild-crafted funding formula fell on its face during the regular session earlier this year, as did Reeves’ own BRIDGE Act for infrastructure funding.

The lottery seemed a surer bet — right up until it wasn’t.

“A lot of people say we need to treat government more like a business. So if a competing business provides a product and your customers are buying that product and producing profits for your competitor, it makes sense to provide that product,” Doty said. “This is an additional source of revenue for our state.”

House and Senate conferees met Monday afternoon and evening to work out the differences between each chamber’s version of the legislation.

The Senate hashed out its version of the bill Thursday after seven attempts to amend it, with only one being successful. The Senate’s language called for all lottery proceeds to be earmarked for transportation infrastructure spending for a 10-year period.

The House took up the bill Friday, hacking out the 10-year requirement. Though the House version would still set aside funds for transportation, representatives specified a chunk of the lottery revenue would be used on one of two education plans — either funding pre-kindergarten programs around the state, or purchasing teachers’ classroom supplies.

Doty told The Daily Leader earlier this month she wanted to see more information on expected lottery results before she would vote for it, and that information was provided — a state analysis showed as much as $20 million of Mississippians’ money was going to buy lottery tickets in neighboring states. She rejected the argument that citizens need protection against the ills of gambling.

“Then, we need to take a lot of other things off the market,” Doty said. “It is a truly voluntary act to buy a lottery ticket. It’s a source of revenue we need. It’s not a huge amount, but every little bit helps.”

Currie had her mind made up in favor of the lottery long ago, citing the 1992 amendment to the state constitution removing the prohibition on the game of chance. She liked it even more Friday, she said, when the House chopped the Senate’s 10-year fix for transportation funding down to 50 percent, giving the other half — around $40 million, according to estimates — to education.

“The House is only going to vote on it if it has some money for education — that’s the only way it will pass out of here,” Currie said. “I wish we could do more, but we’ll be splitting $80 million, and that $80 million probably won’t be here for a year or two until we get the system up. This is not an overnight success.”

The lottery hasn’t been the only show in town.

The House and Senate concurred Monday on House Bill 1 — the Mississippi Infrastructure Modernization Act of 2018 — which sets aside an increasing portion of the state use tax for road and bridge repair.