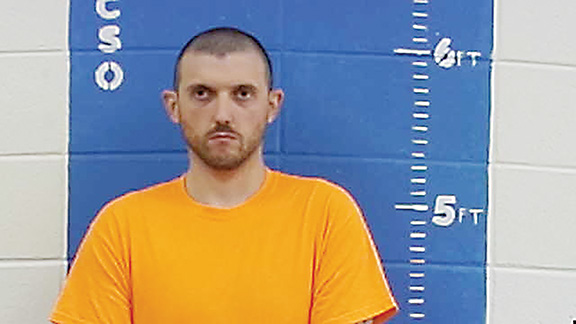 An aggravated assault trial for a Crystal Springs man is on hold pending the outcome of a murder trial that gets underway today in Lincoln County Circuit Court.

Andrew Hammond appeared with his attorney Robert Lenoir before Judge Michael Taylor Monday. Hammond, 29, was indicted by a Lincoln County grand jury during its January term for shooting a man — described by Sheriff Steve Rushing as a “friend of a friend” — with a New England .410 shotgun around Dec. 2.

Taylor did not set a date for Hammond’s trial to begin, but will look at it day to day because court begins today in the murder trial of Cordarryl Bell. Proceedings against Bell ended in a mistrial in April after a weeklong trial.

District Attorney Dee Bates said the state’s pathologist won’t be available to testify in the Bell trial until Thursday so he doesn’t expect the trial to be over in time for Hammond’s to begin this week.

Hammond was arrested by Lincoln County deputies Dec. 5 on charges of aggravated assault, possession of drugs and sale and transfer of firearms.

They had been searching for Hammond since Dec. 2, when he was accused of shooting an acquaintance in the lower leg. Rushing said the shooting occurred on Wellman Drive between Bogue Chitto and East Lincoln following a dispute by the two men over some property. Prosecutors had originally indicted and charged Hammond with murder for the 2010 shooting death of 45-year-old William “Bubba” Thompson of Bogue Chitto at the residence of Thompson’s daughter, Gena Thompson.

A jury found Hammond guilty of manslaughter at the conclusion of a two-day murder trial in 2010.

Hammond was sentenced under Judge David Strong in January 2011 to 20 years for the fatal shooting with 10 suspended and 10 to serve, with five years post release supervision.

In 2013, the state Court of Appeals upheld the manslaughter conviction.

If found guilty of aggravated assault, Hammond could go back to prison to serve the remainder of his time for the Thompson shooting.