Williams to appear in court in December 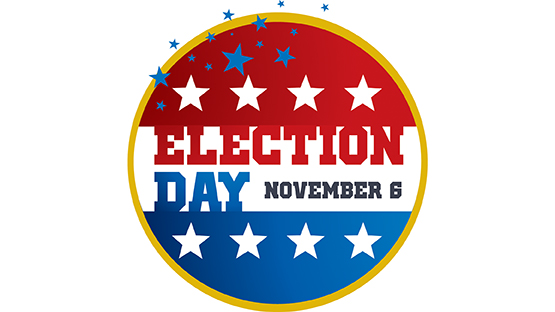 Polls are open until 7 p.m. for the 2018 general election, which will see Mississippians cast a ballot for candidates seeking U.S. Senate, House of Representatives and judicial and school board seats.

Circuit Clerk Dustin Bairfield said there are 22,362 eligible voters in Lincoln County, though 1,690 of those are listed as inactive. A voter in inactive status may vote only by affidavit ballot.

“We should hopefully be close to the 50 percent mark,” he said.

Most of the interest has been in the special election for the U.S. Senate seat, currently held by Cindy Hyde-Smith of Brookhaven. Hyde-Smith, the former state commissioner of agriculture and commerce, was appointed by Gov. Phil Bryant to replace long-time Sen. Thad Cochran, who resigned in March for health reasons.

Bairfield said special elections don’t have party affiliation so voters are not bound by party lines today. If one candidate does not receive 50 percent plus one vote statewide, there will be a runoff between the top two Nov. 27.

• Voters are required to show photo identification at the polls. A voter card sent by the Lincoln County Circuit Clerk’s office is not a valid ID for voting, Bairfield said.

• It is unlawful for any candidate to campaign within 150 feet of any entrance to a polling place, unless on private property.

• The polling places should be clear for 30 feet from every entrance of all people except elections officials, voters waiting to vote or authorized poll watchers.

• City residents whose voter registration cards list both “wards” and “precincts” will vote at the listed precinct — ward locations are for city elections only.

The secretary of state’s office will have about 15 observers in precincts across the state. Problems at the polls observed by state observers or otherwise reported to the elections division will be referred to the proper authorities, including county election commissioners, the attorney general’s office, or the appropriate district attorney’s office. The secretary of state’s office has no enforcement authority to resolve problems.