The Salvation Army’s bells are ringing 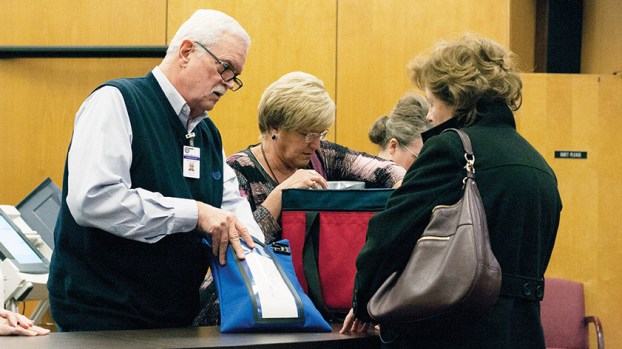 The general election’s momentum did not die over the three-week run -up to Tuesday’s runoff, as voters turned out by the thousands locally and statewide.

After all 30 of Lincoln County’s voting precincts were tabulated late on election night, nearly an hour after Republican U.S. Sen. Cindy Hyde-Smith had defeated Democrat Mike Espy to become the first elected female Mississippi has ever sent to the U.S. Senate, more than 12,500 local voters had visited their polling places to cast their votes. Statewide, the total came to within sight of 900,000, giving the short ballot race one of the highest turnouts for a non-presidential election in state history.

“To have this turnout in a runoff is remarkable,” Lincoln County Circuit Clerk Dustin Bairfield said. “For this county to have a 60 percent turnout in a runoff with only two races on the ballot showed there was very much an interest in the Senate race. People felt like they had a reason to vote.”

Tuesday’s total included 11,583 electronic ballots, 951 absentees and 42 affidavits. Two ballots cast by voters without identification were withheld from the total — the ballots can be counted if the voters show up this week to provide I.D., but they won’t change anything in the races.

Lincoln County’s other runoff race was for Mississippi Court of Appeals District 4, Position 2, in which David McCarty defeated Jeff Weill Sr. 6,802 to 2,825. McCarty won the race across the district.

A look at Lincoln County’s precinct-level data shows predictable outcomes that mirrored general election ratios, although with slightly fewer total votes. The city precincts around Brookhaven turned out for Espy, while white neighborhoods and county boxes showed up big for Hyde-Smith.

A contentious, sometimes controversial Senate race is over — and qualifying for the 2019 county and statewide races begins in just a few weeks.

Bairfield said he expects the voting momentum to carry over into next year, when the ballot will be packed with important races. Locally, the elections will decide the district attorney, sheriff, chancery clerk, circuit clerk, tax collector, coroner, supervisors, justice court judges and constables.

“The county races always have a lot of interest,” Bairfield said. “I’ve already received phone calls this week about qualifying, and I expect we’ll have around 50 to 60 candidates.”