Feeding senior citizens in memory of her brother 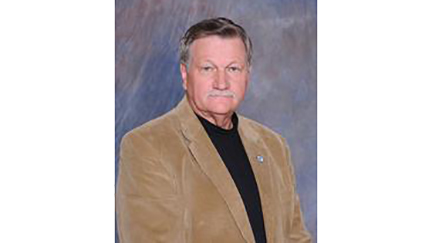 Falvey concerned board not following guidelines

It’s the little things that bother him.

Lincoln County is getting new radios for its volunteer fire departments, keeping the heat and air running in the courthouse and the annual budget ends up in the black, but District 5 Supervisor Doug Falvey is worried the board of supervisors are getting to pleasant ends by the wrong means. At the end of Monday’s board meeting, he addressed the other supervisors over what he sees as the board’s failure to follow through on its responsibility to sign contracts and amend budgets by resolution, voicing his displeasure with the board’s willingness to delegate those tasks to department heads.

“We’re not doing what we’re supposed to be doing. We just need to follow our guidelines,” Falvey said. “This ain’t what Doug Falvey wants, it’s what the board is supposed to do.”

Three issues seemed to set Falvey off Monday — the county is financing new radios for the Lincoln County Volunteer Firefighters Association, even though supervisors voted to approve financing through the association; a maintenance contract with Ridgeland’s Terry Services was signed by Lincoln County Administrator David Fields instead of being approved by the board; and some county departments that ran over their budgets in Fiscal Year 2018 had their bottom lines adjusted without board approval.

Falvey complained the board was being left out of the decision-making process in all three cases, saying the financing swap for the VFD radios should have been brought back to the board for approval, the board should sign all contracts and the board should see and approve all budget adjustments.

Fields and Lincoln County Emergency Management Director Clifford Galey explained financing through the fire association is not tax exempt and the swap was made to save money. Falvey raised concerns the fire association would not be able to insure the radios if they are listed as county property — the board did not want the radios on the county inventory in the first place — but Galey said the association insures county-owned fire trucks and would be able to do the same with the radios.

“I’m not against the radios, but we need to do this the right way,” Falvey said. “We’ve done got ourselves in trouble because we’re doing things the board doesn’t know about, and the board doesn’t approve, and this is another prime example.”

The trouble Falvey referred to is the ongoing negotiations between the board and the state auditor, who has demanded supervisors personally reimburse Lincoln County $1.6 million for improper insurance payments for county employees’ dependents in fiscal years 2015-2018. The board recently hired attorney Andy Taggart to represent them in the potential litigation, and Taggart said supervisors may end up in a legal fight with the county’s insurance company.

The VFD radio argument may be moot — Fields said the approved financing’s 30-day window has closed, and bids to purchase the radios may no longer be valid. The board voted Monday to re-advertise for bids in case the existing deal is salvageable.

Falvey also questioned a maintenance contract with Terry Services, which serves as the county’s on-call repair company for the complicated boiler system in the courthouse. The county pays the company a $6,000 annual fee, around $5,000 per quarter in advance and the costs of repairs — Falvey said the board spent $152,000 with Terry Services last year.

Fields said he signed the contract with Terry Services because the company is one of few qualified to service the courthouse’s heat and air system, and has kept it running for years.

“To me, the board ought to know it and the board ought to approve it. Maybe I’m wrong,” Falvey said. “Maybe this is the best guy for the job. I just have some questions about the amount we’re spending, and why the annual fee? When contractors work for us, we pay them when the job is finished.”

Falvey’s final complaint was about county departments running over their budget allotments. Though the county ended the previous fiscal year without going over-budget, he said adjustments to the budgets of “repeat offenders” were made to bring the balance sheet in line without the board’s approval.

Falvey read from a 2005 directive from the state auditor that said, “the amount approved to be expended for any item in the budget must not be exceeded. The board may amend the budget by entering the amendment on the minutes using only the prescribed budget forms that are necessary to show the amendment.”

District 2 Supervisor Bobby Watts joined Falvey and reminded the board about following guidelines.

“When we went into office, they gave us a blue book — if you don’t go by the blue book, we get messed up,” he said.

Falvey has never been shy about raising red flags in board meetings, even when other supervisors appear reluctant to do so.

This year, he challenged annual funding for the Lincoln Civic Center and criticized the county’s spending at the facility, leading to a falling out that culminated in the civic center commission’s threat to resign.

Falvey recently refused to sign a house-keeping measure approving board minutes kept by Lincoln County Chancery Clerk Tillmon Bishop, pointing out supervisors had not been provided copies of the minutes as required by law. The other four supervisors had signed before Falvey dug his heels in.

Supervisors and guests at board meetings have recently begun receiving typed copies of the previous meeting’s minutes.