Wesson to vote on sale of beer Jan. 15 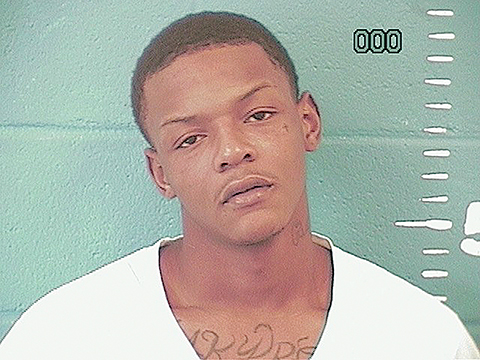 A Brookhaven man hiding out from a handful of city and circuit court warrants was arrested at a home on North Fifth Street Friday afternoon, and the residents there were charged for helping him lay low.

Brookhaven police arrested 24-year-old Travis Brinson, of 933 Bryant St., shortly after noon Friday at a home at 432 North Fifth St., taking him in on a warrant from Brookhaven City Court for possession of a stolen firearm, disturbing the peace and disorderly conduct, resisting a previous arrest and petit larceny. Brinson was also sought by law enforcement for a Dec. 10 warrant for failure to appear in Lincoln County Circuit Court, where he’s facing a felony charge of possession of cocaine.

BPD Sgt. Jonathan Alford said officers knocked on the door and were granted access to the home.

“(Brinson) was located hiding under the bed and arrested,” he said. “After he was located, we backed out of the residence and obtained a search warrant to look for some other items in the house from other crimes in which he is a person of interest.”

Alford declined to say what items were found in the home. The department’s search warrant and returns sheet, which lists items seized during the search, were not yet available as of press time.

Brinson was recently on trial for armed robbery, but prosecutors dropped the charges Dec. 17 after the victim passed away. He was also charged with the 2016 murder of 25-year-old Lance “Tyrone” Mackbee, who was found shot dead in his car on South Center Street, but later released. Mackbee’s murder remains unsolved.

Brookhaven Police Chief Kenneth Collins has been publicly promising to crack down on anyone helping fugitives, and police did so in their arrest of Brinson — Lashundra Newton, who lives in the home on North Fifth, and Crystal Sanders, of 1077 Crooked Lane, were both arrested and charged with harboring a fugitive.

“Any individuals seeking to take the law into their own hands, or helping others to elude capture of any suspect, will be arrested and prosecuted to the full extent of the law,” Collins said earlier this week.