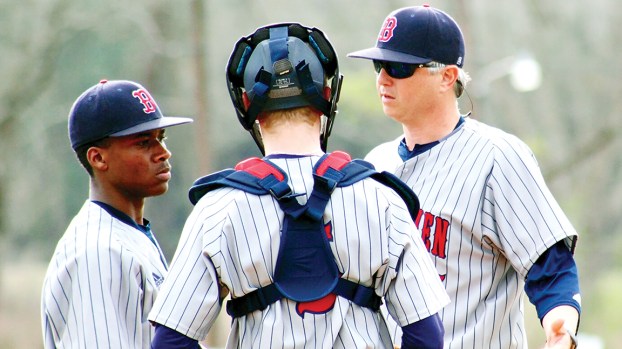 Trailing 4-2, the Loyd Star Hornets (5-3) used a five-run fifth inning to take a 7-4 win over the Brookhaven High Panthers (3-4) Tuesday at the Lawrence County Tournament.

“The boys showed a lot of character to battle back after falling behind early in the game,” said Loyd Star head coach Jared Britt.

Brookhaven jumped up 2-0 in the top of the first when a Lane Smith double to left scored Corbin Falvey and Jacob Porter.

In the third the Panthers went up 3-0 on a homerun by Smith. The bottom half of the inning saw the Hornets get on the board with a pair of runs.

Dylan Case hit a ball that forced a BHS error and allowed James Beard to score. With Dane Smith on third, Rials Hester on second, and Case on first, the next LS batter — Stephen Mills — was hit by a pitch. That scored Smith and made it 3-2.

The top of the fifth saw Dylan Reeves draw a walk for BHS. Later in the inning he scored off a hard-hit ball to left field by Sevante Quinn to put BHS up 4-2.

The game would only get 5.5 innings due to a time limit. In their final at bat the Hornets made their move to take the lead. Britt saw his group work the count and draw some crucial walks in the final frame.

“The guys had some good approaches at the plate and were patient,” said Britt.

The inning began with Dane Smith getting hit by a pitch. Quinn was on the mound for BHS and he next walked Hester. Case would load the bases with his single and cause Panther head coach Matt White to replace Quinn with Byrion Robinson.

Robinson came in and struck out the first batter he faced, Mills. The next two batters — DeHart and Brent Cade — drew walks to tie the game at 4-4.

Robinson then hit Harrison Hux and walked Beard to put two more runs up for Loyd Star. A Dane Smith walk scored another run before the inning ended on a Hester strikeout.

Robinson hit a triple for BHS, Smith had a homerun and a double, and Falvey went 3-for-3 with a double.

The win was especially sweet for the Hornets after they lost 7-4 to Richland earlier in the day. LS led 2-0 after two innings were tied 4-4 after five innings before three runs by the Rangers in the top of the sixth and final inning decided the game.