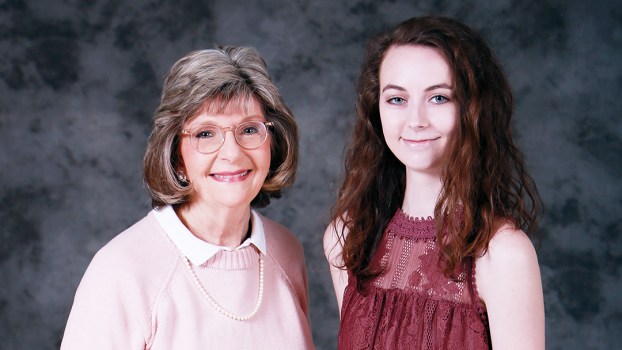 Brookhaven Academy senior Kaitlin Beal has the highest ACT score among her peers, making her BA’s STAR student for the graduating class of 2019.

The Student-Teacher Achievement Recognition program bases its award on students’ cumulative American College Testing preparation test scores. Beal, 18, had a cumulative score of 33 out of a possible 36. According to ACT test prep site PrepScholar.com, 97 percent of students who take the test score lower than 33. The average score nationwide is 25.6, with the state average at 18.6. The average score for college freshmen in Mississippi is 25.

Beal, daughter of Michael and Chasity Beal, plans to attend Mississippi State University, where the minimum required ACT score for admittance is 16 — 27 for the pre-veterinary route of study she intends to follow. Her undergraduate study will be in the university’s animal and dairy science track.

“I have always known I wanted to be a vet, and my main focus in life is being around and helping animals,” the senior said.

Beal took the ACT six times, starting in the ninth grade. Her strategy to improve her score was practicing science, taking Jumpstart for math and reading a lot.

“Keep trying and take it early and often,” Beal said.

Beal has also been active on and won awards with BA’s track and archery teams, and has won several awards showing animals at various competitions.

Beal boasts a long list of honors and awards. She was voted by her peers as most likely to succeed and most talented. She was the recipient of the Good Citizen Award from Daughters of the American Revolution, has been named student of the month and has won awards for the highest grade point average in U.S. history, Biology II, Art II, American history and Honors English I.

While STAR does not directly award scholarships, many are awarded — both from institutes of higher education and private groups — based on the designation. Another benefit of being the STAR student is getting to select a STAR teacher, an instructor who has made a difference in the academic and personal life of the student.

Sbravati has been teaching 21 years, 17 in the current subjects and 20 at Brookhaven Academy. Beal chose Sbravati to honor partly because the teacher helped her a lot over the course of her junior high and high school years, she said.

The instructor was chosen for the honor by students twice before — in 2011 and 2015, has been named teacher of the year in 2006 and 2013 and was awarded a scholarship for Social Studies Teachers Institution from the Mississippi Department of Archives and History.

The veteran teacher said it was a wonderful surprise to be chosen by Beal as STAR Teacher, and she was thrilled to know Beal had earned that accomplishment for herself.

“She loves history and absorbs everything taught, and more. She is a charter member of our Junior Historical Society and was our first secretary.”

Sbravati’s advice to students who are preparing for the ACT is two-fold: improve your reading and understand how to take multiple choice tests. Beal echoes the reading admonition.

“Reading helps more than you think,” she said.

“It is money and time well spent,” she said.

Beal said there is another reason she chose Sbravati as her STAR teacher — the long-time educator has taken time to talk and laugh with her.

“Mrs. Sbravati and I spent a lot of time talking and swapping stories about our animals during the times I was waiting after school for archery practice. She is funny and we share the same sense of humor,” Beal said.