Alderman: Some city streets ‘in dire need’ of paving 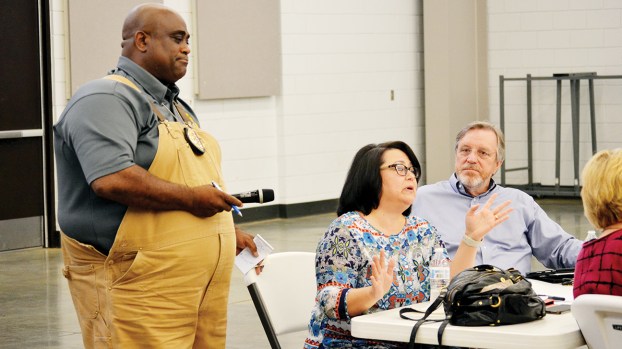 A neighborhood watch group will host an informational meeting on the three Rs of scamming — readiness, recognition and response.

The meeting is hosted by the Vernondale Neighborhood Watch group, but it is open to everyone. It will be held at the Jimmy Furlow Senior Citizen Center Thursday at 6 p.m. Presenters include Police Chief Kenneth Collins, detective Clint Earls and Cpl. Robbie Fields.

“A lot of the scams we’ve seen have already been widely used,” Earls said. “They all follow a specific path.”

The purpose of the meeting is to bring awareness to  residents about scams. Attendees will learn about how to deal with a potential scam and what they can do to avoid scams in the future.

“I’ve been hearing about scams more and more,” Alderwoman-at-Large Karen Sullivan said. “Whether it’s on the phone, the internet or in person.”

According to Earls, many scams often harness the use of telephones and the internet to draw unsuspecting victims in.

Many scams tell of prize money the victim has won, and that the money can only be redeemed if certain sensitive information or money is sent.

Earls said the program will have a systematic approach to it so that attendees can learn about the signs of a potential scam and how to recognize them.

Because scams are now carried out over the phone or by internet, scammers can hide their identity and stay anonymous.

Earls said the Brookhaven Police Department may go two or three months without hearing about scams and then have several in the span of a week.

“It’s always been a problem, it comes and goes,” Earls said.

Sullivan said that learning about scamming is how the situation can be avoided.