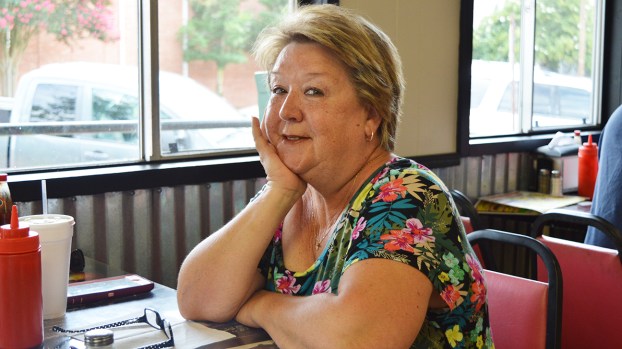 Photo by Gracie Byrne Nancy Presley McKenzie is a Mt. Zion retiree who loves her family, Mickey Mouse and Star Drive In hamburgers.

Nancy Presley McKenzie is just a people person and a Disney lover.

She is a Lincoln County native, who has lived in the Mt. Zion community since she was 6 weeks old. McKenzie, 62, is the mother of two children — Benjamin, 33, and Natalie, 22.

McKenzie is recently widowed. She was married to Jack McKenzie for 36 years. They met while working at Cowboy McCool’s in Lake Dixie Springs, where she was a bartender and he was a bouncer.

She graduated from Loyd Star Attendance Center in 1975, where she was voted Miss Loyd Star. In 1978, McKenzie completed cosmetology school at Copiah-Lincoln Community College.

Her favorite food is a hamburger, but specifically the one made at Star Drive In, just because it’s so good

McKenzie’s favorite place in the world is Walt Disney World in Florida, where she’s visited six times. She loves Mickey Mouse so much; she even has a small Mickey Mouse tattooed on her ankle.

Something that very few people know about her is that she’s left handed. She can’t do without her family and friends, as she loves to visit and chat with them.

One interesting family tradition that McKenzie has is the prayer her mother recited to her and her brothers and sister as children. They would recite the “Children’s Bedtime Prayer” before going to bed each night. This prayer was then passed down to her own children.

McKenzie says her best quality is her personality, as it helps her get to know others easily.

Her life’s biggest goals as of now are to renovate her childhood home and to live a life without drama.