DA contenders weigh in on issues 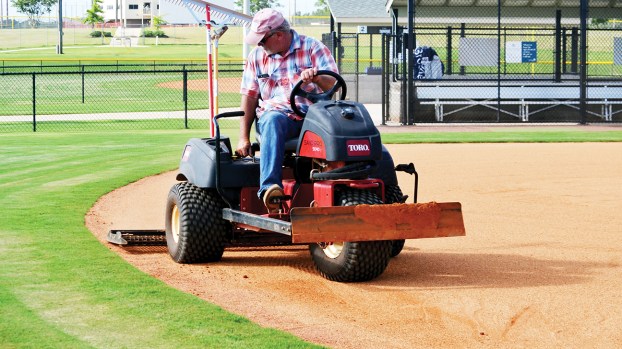 Dinki Davis is stocked up on sausage. She’s got extra flour and buttermilk, too.

They’ve brought in more troops, and her husband, Jimmy, is in biscuit-making mode.

Dude’s is ready for the World Series.

The Davises, who own Dude’s Hot Biscuits, were at the small gray building on Hwy. 51 this morning long before the sun came up to feed their share of the nearly 2,000 people expected to visit Brookhaven for the Dixie Youth Baseball Invitational World Series. It begins today at the Lincoln Civic Center Baseball Complex and runs through Sunday.

Davis is expecting crowds today, Friday and Saturday. They haven’t decided yet if they’ll be open Sunday, which is normally their day of rest.

“I think it will be great for Brookhaven,” she said.

She always sees an uptick in business whenever the civic center or the baseball complex hosts an event. She doesn’t expect the World Series to be any different.

With more visitors coming to Brookhaven for the tournaments, she believes many businesses will reap the benefits.

“It’s going to be great. I think everybody in Brookhaven will benefit from it,” she said.

Davis tried to book a room for friends this week. She hit a brick wall as she discovered that RV parks, cabins at Lake Lincoln and hotels in Lincoln, Pike and Lawrence counties are all full.

“There’s nothing,” she said.

Eric Herrera, manager of Los Parrilleros Mexican Restaurant on Brookway Boulevard, is preparing for the lunch and dinner crowds.

“We expect to be busy. Everybody is talking about it and getting ready for it. And we are trying to do our best to be ready for it, too. We’re trying to be the most ready we can be,” he said. “We expect to busy almost every day because they are going to stop playing after 4 or 5 (p.m.) and they’re going to hang around to see what they can find in Brookhaven. People have got to eat.

“It’s going to be good for all the businesses around Brookhaven. There’s going to be more traffic and more hungry and thirsty people.”

The event will utilize four of the five fields at the Lincoln County Baseball Complex along with the four fields at the Hansel King Sports Complex. The Civic Center will also be used as well as the Brookhaven Building for feeding the teams when they arrive today. The covered arena will be the site of the opening ceremony on tonight.

All five brackets have teams that represent Lincoln County in them. There are 46 teams spread over the five brackets with all coming from Mississippi, Alabama, Tennessee, Louisiana, Texas, Arkansas and Oklahoma. That translates to about 1,500 people — players, parents, siblings, grandparents — who travel with the teams.

“It will be the biggest per-day destination event the county has ever had,” Lincon Civic Center director Quinn Jordan told the Lincoln County Board of Supervisors Monday.

Teams will begin checking in around noon today and have activities all afternoon. The public is invited to the free opening ceremony starting at 7 p.m. at the livestock arena.

Games will begin at 9 a.m. Friday and go until 4:30/5 p.m with similar schedules Saturday and Sunday.

An 8 a.m. devotion will be held Sunday morning for those who want to participate. Events will wrap up Sunday afternoon.

Jordan needs volunteers for Sunday, especially during the times that many locals will be in church services.

“We could still use some volunteers from 8 a.m. till around 2 p.m. on Sunday,” Jordan said. “We’ll be entering championship play in the afternoon and we need some more folks to greet or work under one of the tents. We’ve got people to collect money, but we could use a few more smiling faces.”

A tournament pass that will get you into the games all weekend costs $25 for those 13 and up. The price for anyone 6-12-years old is $15 and 5 and under get in free. Single-day admission is $10 for 13 and up and $6 for ages 6-12. Tournament passes can be bought 5-7 p.m. under the stall barn adjacent to the arena today and at the gates beginning Friday.

The $2.922 million complex opened in April 2016 after nine months of construction. The facilities include five fields, air-conditioned bathrooms, a press box and concession area.