Trio in court on murder charges 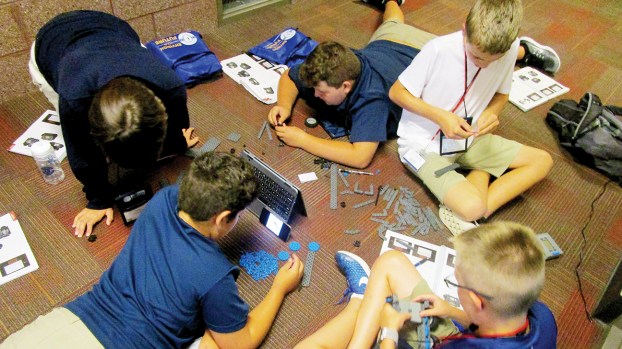 A Wesson student took part in a unique academic opportunity through a prestigious program.

Orrin Ainsworth, 14, an upcoming freshman at Wesson Attendance Center, traveled to Emory College in Atlanta, Georgia, to participate in the National Youth Leadership Forum. He explored the inner workings on science, technology, engineering and mathematics for a week in July.

“It was a great learning experience, never a dull moment,” Ainsworth said.

Ainsworth was in the Explore STEM program during his time in Georgia. He was nominated to attend the forum by his teacher Ladonna Anderson at Wesson Attendance Center.

He is active on campus as a member of several clubs such as his school’s robotics team, football and track teams, along with serving as a percussionist for the marching band.

Ainsworth is a member of Smyrna Baptist Church in Hazlehurst, where he is active in the youth group. He is the son of Chad and Keli Ainsworth of Wesson.

He described the activities he got to do as hands on. He chose robotics as his top priority, but he also took courses in forensics, medicine and engineering.

One thing that Ainsworth said he liked about the forum was the fair treatment of all who were involved .

He helped build and program a robot and performed calculations to generate a simulated sustainable life habitat on Mars.

His favorite course in the forum was the robotics, because he got the chance to do programming.

“I really wanted to go and learn how to program,” Ainsworth said.

If he had the chance to go back, Ainsworth said he would without question.

“It was pretty fun, what I got to encounter,” Ainsworth said.

He plans to take what he’s learned at the forum back to his high school and use it to help his robotics team.

“I hope to use it to the best of my ability and show that it’s fun to program too,” Ainsworth said.