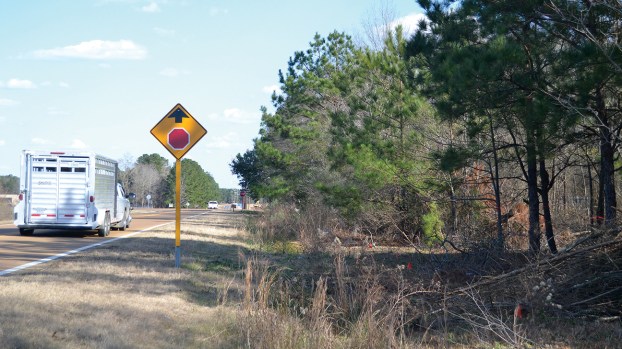 Photo by Donna Campbell Brookhaven aldermen’s plans to build an animal shelter on this two-acre lot on Industrial Road near the Brookhaven Building are on hold until plans can be redrawn and bids accepted again. Bids for the shelter came in too high in April and the additional cost would have been too much of a hit to the budget.

City: No new taxes, and no worker raises

The city of Brookhaven’s proposed budget for fiscal year 2019-2020 includes no new taxes, but also no employee raises.

Residents and business owners will also see a jump in solid waste, water and sewer costs and plans for the city’s animal shelter put on hold.

The Brookhaven Board of Aldermen will meet today at 5:30 p.m. at the Lincoln County-Brookhaven Government Complex for a public hearing on the budget, which includes a proposed projected revenue of $12,997,000 with 34 percent — $4.4 million — financed through a total ad valorem tax levy.

The city’s millage rate of 33.86 will produce the same amount of revenue from ad valorem taxes as was collected the prior year. The millage rate was 38.40 in the 2018-19 fiscal year.

That means as a taxpayer, you will not pay more in ad valorem taxes on your home, automobile tag, utilities, business fixture and equipment and rental real property unless the assessed value of your property has increased for Fiscal Year 2020.

The hearing tonight will be the public’s chance to ask questions about the budget and put in their two cents on how aldermen will spend their dollars. Aldermen will take the comments under advisement.

Aldermen are expected to adopt the budget Sept. 3 at a regularly scheduled meeting at 6:30 p.m. The new budget takes effect Oct. 1.

Brookhaven aldermen met two additional times in August to go over the budget, snipping and slicing any extras where they could in addition to the cuts department heads had already made. Many department heads asked for the same budgets as the previous year, having done their own trimming before submitting a department budget to City Clerk Samantha Melancon.

Melancon said the city budget will not require a tax hike, though the board will likely go up $2 a bill for solid waste, and 50 cents each on water and sewer.

Last year, aldermen followed the recommendation of the Mississippi State Department of Health and went up 50 cents for water and 50 cents for sewer for each customer. Mayor Joe Cox said last year the MSDH makes that recommendation to municipalities each year.

Aldermen are also putting plans for the city’s animal shelter on hold until the design can be revised and the project put out for bids again. It was to be built on a two-acre lot on Industrial Road near the Brookhaven Building

Mike McKenzie, principal engineer with WGK Inc., opened bids in April, but they were much higher than expected, Melancon said.

Plans for the shelter include two rows of six sloping pens each, with a medical room, office, a feed and supply room and storage space. Fans will be installed to keep the runs cool in the summer, though the office area would be air-conditioned. The entire building will be heated. Several dogs can be housed in each of the 12 pens, though aggressive animals would be kept alone, McKenzie said in February.

Based on the preliminary plan McKenzie presented in March 2017, the shelter would cost about $150,000 including site preparation and construction. The money for the project was earmarked in the city’s general fund. With bids coming in significantly higher, the board decided to put the project on hold, she said.