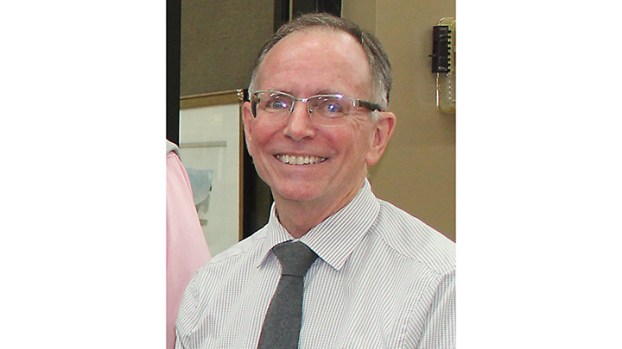 For 41 years, Henry Ledet has spent his days at Brookhaven’s iconic building at 100 South Jackson St.

It’s the building that houses the Lincoln County Public Library and is headquarters for the Lincoln-Lawrence-Franklin Regional Library.

Ledet worked his way up to director and has now retired. But he’s not leaving the job quietly. He will be honored in a reception at the library today at 5:30 p.m. The public is invited to come out, remember his accomplishments and wish him well throughout the day or at the evening reception until 7 p.m.

“And there will be some surprises for him,” said Katrina Castilaw, the new director and who Ledet has mentored since 2014.

Technology has brought changes to the library system, such as those narrow drawers that once held the card catalogue telling you where to find specific books. The card catalogue is computerized now.

“The library struggled for its identity while computers were coming in, and there was a lot of doom and gloom in general about libraries becoming obsolete,” Castilaw said. “Instead of being scared, Henry embraced change was able to mix the traditional with technical.”

“Our patronage grew under his leadership,” she said.

The library — brimming with books for pleasure and information, of course — is also a long known fixture for Story Time, a Summer Reading Program, art gallery, forums, workshops and events such as a pumpkin decorating contest, making the library a vibrant part of Brookhaven and Lincoln County.

Ledet and other employees worked with Castilaw in 2014 on a regional library agreement. She had obtained her master’s degree and was in her eighth year of working at the Copiah-Jefferson Regional Library.

Castilaw started working with Ledet at the library in Brookhaven in 2015 and so the mentorship grew in earnest.

“His personality was more the traditional librarianship with more traditional goals for the library and he had a more storied background than me,” Castilaw said.  “My background was more technical, with computers, so my approach was more analytical. We have different personalities and we complemented each other.”

Castilaw described Ledet as “a very caring and concerned person about his community. He showed it to patrons, aldermen and supervisors, and they knew they could depend on him.”

The library is open 9 a.m. to 7 p.m. Monday through Thursday and 9 am. to 5 p.m. Friday and Saturday. It is closed on national holidays, such as on Labor Day this coming Monday.

The library system includes an online catalogue at llf.lib.ms.us, where you can find specific books and videos and how many copies are available at the regional headquarters in Brookhaven Library and the branches.

The branches are in Lawrence County at 142 Courthouse Square in Monticello; in New Hebron at 209 Jones St.; and in Franklin County at 38 First St. in Meadville. Branch hours vary by location.