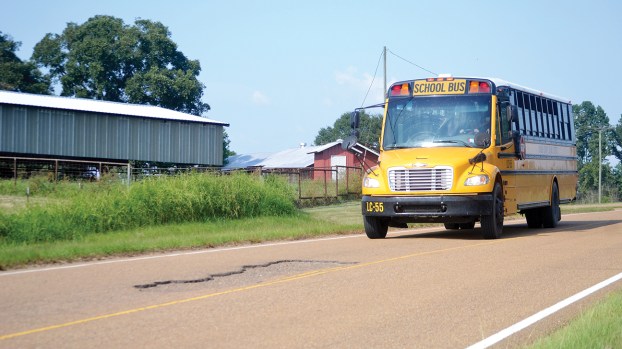 Supervisors to vote on $21M budget

The board will meet at 9 a.m. Monday at the Lincoln County-Brookhaven Government Complex for a public hearing on the budget, followed by its regular meeting and budget vote.

Property values went up $7.9 million countywide. Based on the new assessed values, a mil will bring in more this year than last year.

“I left the millage rate the same and they got to talking and said, ‘We need more road money,’” he said. “Well, the only way they can get more road money since the state isn’t putting a usage tax on gasoline increasing that is millage. So they said, ‘What would 2 mils do?’”

Brookhaven will get half of the millage on city property, which is 22.93 percent of the total millage recovered from the increase.

The biggest hurdle in creating a balanced budget is taking care of the county’s needs without increasing taxes. It’s not always possible.

Lincoln County is in the top 5 in the state for the number of road miles and bridges that must be maintained, he said.

“So that’s how the money is split,” he said.

That could change if district lines are redrawn after the 2020 Census.

Expenditures include $9.93 million for the general fund, $3.26 million for road funds, $2.11 million for bridge funds and $6.34 million for other funds, for total expected expenditures of $21.64 million. That’s a 2.92 percent increase in anticipated spending.

“That’s about a $45,000 difference and that will probably get used for non-budget items throughout the year. So it’s pretty much a balanced budget,” he said.

The county will operate under a proposed 110.71 millage rate, which is 57.33 mils for the county and 53.38 mils for the Lincoln County School District.

The budget includes $85,000 set aside for a capital murder trial of Willie Cory Godbolt, who is accused of killing a Lincoln County deputy and seven other people in 2017.

“We didn’t spend that money this year,” he said.

Fields expects to have just over $100,000 set aside for the February trial.

“We still have no clue what the ultimate cost will be,” he said. “If there’s any continuance or delay it may be in another budget year.”

Supervisors will also give $100,000 to King’s Daughters Medical Center for ambulance services, which is down $40,000 from last year’s funding. The extra budgeted then was to help the hospital purchase an additional ambulance.