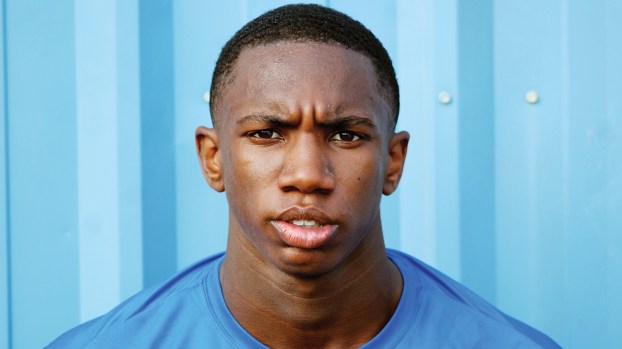 Wesson junior Antrelle Sims is dynamic with the ball in his hands. His speed and instincts are special to see as Sims possess a level of elusiveness and quickness that allow him to break big plays.

Those gains usually come on the offensive side of the ball, but last Friday against Amite County Sims was on fire as a defensive back, picking off a pair of passes and returning one for a score. For his play Sims has been named The Daily Leader Defensive Player of the Week.

The Cobras absolutely dominated the Trojans 54-0 in a game that could have been even worse. The first ball picked off by Sims was returned 45-yards for a touchdown and gave Wesson a 28-0 lead after the end of the first quarter.

In the second quarter Sims caught a 14-yard score from freshman quarterback Will Loy. Then Sims followed that up with another interception that he returned 49 yards to set up another Cobra touchdown. That score put Wesson up 41-0 at halftime.

He made the all-area team last season as an athlete as he rushed for 1,009 yards and ten touchdowns while also throwing for 656 yards and six scores as a sophomore quarterback.

This season Sims has done most of his damage as a wide receiver after starting the first three weeks as a QB. Since then he is torching opposing defensive backfields with his ability to get open.

The 5-foot-10 speedster has caught 40 passes for 760 yards and eight scores. He is averaging 19 yards per catch. He’s also run for 340 yards and three touchdowns while passing for 177 yards and two TDs.

“Antrelle is a natural-born leader,” said Loy. “He’s the ultimate team guy and a leader. He celebrates his teammates when they make plays and has been a pleasure to coach.”

Loy, Sims and the Cobras are far from finished. They’ll close out their regular season this week against Loyd Star and next week against Enterprise.

On Nov. 8, they’ll host a first-round playoff game in Stone Stadium, another opportunity for Sims to be the football player of the week.