More tricks, more treats on the way this week 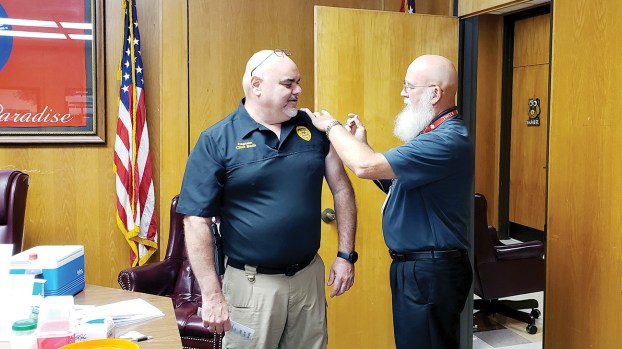 No one should ever just think they’ve had the flu. If you don’t know for sure, you probably didn’t, said a Brookhaven healthcare provider.

Those people who know they’ve had it are usually the first ones in line the next year to get their flu shot, he said.

Doctors at the Centers for Disease Control and Prevention suggest getting a flu vaccination before the end of October.

That’s good advice, Bridge said. But if Friday rolls around and you still haven’t gotten one, it’s not too late.

“It’s never too late to get the flu shot,” he said.

The flu season is at its peak starting in October and into November and December. But it can stretch into April and even May, he said. In recent years, he’s seen cases of flu year round.

The list of people who should receive a flu shot is much longer than a list of those who shouldn’t.

Children, older adults, pregnant women, anyone with a chronic health problem and healthcare workers are especially vulnerable to both the flu and potential complications, like pneumonia, Bridge said. People with asthma, diabetes, heart disease, obesity and a compromised immune system due to cancer, HIV, or other conditions are also among those at risk.

However, anyone who got Guillain-Barre syndrome within six months of a previous flu shot and anyone with a life-threatening allergy to vaccine ingredients should not get the flu shot, he said.

Bridge gets questioned often about the flu shot for pregnant women. He suggests they get it, but to check with their doctor first.

“The risk is very minimal and we’d rather them not have the flu during anytime of the pregnancy,” he said.

Another question he gets is about flu shots causing the flu.

He’s had people tell him they got the flu shot and came down with the flu the next day. That’s possible, but not because of the shot, he said. People don’t develop flu symptoms until a few days after they’ve come into contact with the influenza virus.

The best way to avoid the flu is to stay away from people who are ill and practice good hygiene, he said. Avoid touching your eyes, nose and mouth, and disinfect surfaces that may be contaminated by germs.

Sneezing or coughing into your elbow rather than your hand can also help avoid the spread of germs. The influenza virus can live on a surface for up to 72 hours, he said.

Bridge will travel to businesses by appointment to provide flu shots for employees. For more information, call Bridge at 601-835-9406.