Most incumbents win in Lincoln County 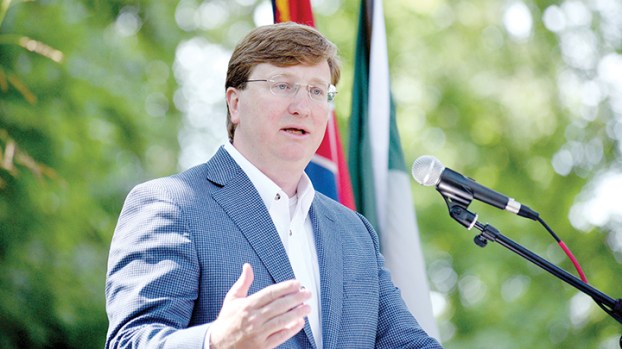 (AP) — Republicans are keeping their hold on the governorship in Mississippi, despite facing the best-funded Democrat to run for the position in more than a decade.

Reeves will succeed Gov. Phil Bryant, who is limited by state law to two terms.

President Donald Trump and Vice President Mike Pence both traveled to Mississippi in recent days to campaign for Reeves, who is completing his second term as lieutenant governor after serving two terms as the elected state treasurer.

Reeves, 45, campaigned on keeping taxes low and limiting government regulation of businesses. He also said that a vote for Hood is akin to a vote for “liberal” national Democrats, including U.S. House Speaker Nancy Pelosi.

Hood, 57, is finishing his fourth term as attorney general. For three of those terms, he has been the only Democrat holding statewide office in Mississippi.

Hosemann, after three terms as secretary of state, rode the self-deprecating campaign style he built there to the powerful office that oversees the state Senate.

He beat Hughes, an Oxford businessman who ran a campaign centered on support for public schools and teachers. Hosemann sounded some similar themes as Hughes, pledging a teacher pay raise every year. Hosemann supports much of a proposal by Mississippi’s hospitals to expand coverage to poor adults under the Medicaid program, with hospitals and insured people paying the state’s contribution. Hosemann also wants to let counties raise fuel taxes to repair local roads and bridges.

Fitch said she wants to fight opioids and human trafficking and protect vulnerable Mississippians from harm. Collins, a retired Army colonel and former director of the American Civil Liberties Union of Mississippi, said she wanted to do more to make sure law enforcement officers receive life-saving equipment and training.

Watson, a lawyer who lives in Hurley, campaigned on having the secretary of state’s office take over issuing driver’s licenses. He has also called for checking whether people are U.S. citizens after they register to vote. DuPree is the former mayor of Hattiesburg and 2011’s gubernatorial nominee for the Democrats. He campaigned on creating online voter registration for new voters and allowing no-excuses early voting.

Republican David McRae defeated Democrat Addie Lee Green to become state treasurer. The GOP nominee, who loaned his campaign $1.7 million of his own cash, won the office on his second attempt, after losing a Republican primary to incumbent Lynn Fitch four years ago. Fitch ran for attorney general instead of seeking reelection.

Gipson was appointed to the post last year by Gov. Phil Bryant while in the middle of his third term in the state House. He succeeded Cindy Hyde-Smith, who became a U.S. Senator. A lawyer by training, the Braxton resident has pledged to do more to connect consumers to locally grown food. He also wants to expand international sales opportunities for Mississippi producers and do more to train future farmers and agricultural workers.

A former state lawmaker from Vicksburg, Chaney said he will continue trying to get private insurers to write more policies that cover wind and hail damage in hurricane-prone coastal areas. He also says he wants to divert part of a tax on insurers to pay for rural firetrucks and a limited form of insurance for firefighters.