Columbus stands in the way of first Ole Brook… 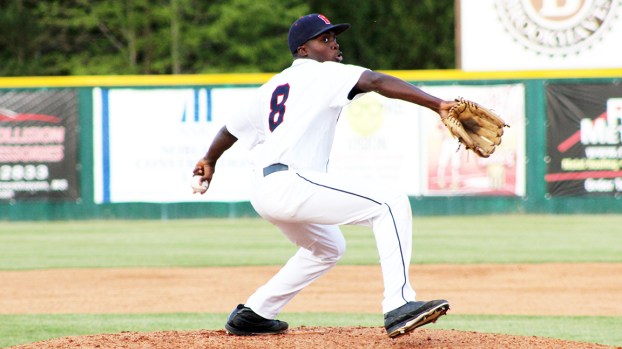 The Brookhaven High baseball team is in the midst of its annual trip to take part in the Trey Altick Prep Classic baseball tournament in North Louisiana.

The tournament honors Altick, a former Neville High student-athlete who was killed in a watercraft accident in 2008.

13 different sites host games over the course of three days as teams from Mississippi, Arkansas and Louisiana take part. There are four reigning state champions from Louisiana in the field this year.

Thursday night in their tournament opener, the Panthers (4-1) crushed Plaquemine High School by a final of 9-1.

Senior left-hander Byrion Robinson was electric on the mound as he struck out 17 in 6.2 innings of work. The Pearl River C.C. signee threw 117 pitches and gave up two hits and one unearned run while walking four.

Robinson was also just as good as a leadoff hitter for BHS coach Matt White as he paced the team with four hits.

Darius Robinson had two hits for the Panthers and Gatson Walker, Piker Wallace, Addison Brady and Will Mayfield had one hit each.

Wallace drove in a pair of runs and Darius Robinson drove in a single RBI.

Plaquemine — out of Iberville Parish — committed seven errors as a team.

BHS will close out their time in Louisiana with a 12:30 p.m. matchup against Pineville High on Saturday. They’ll also play at Co-Lin on Thursday against Columbia High School at 6:30 p.m.