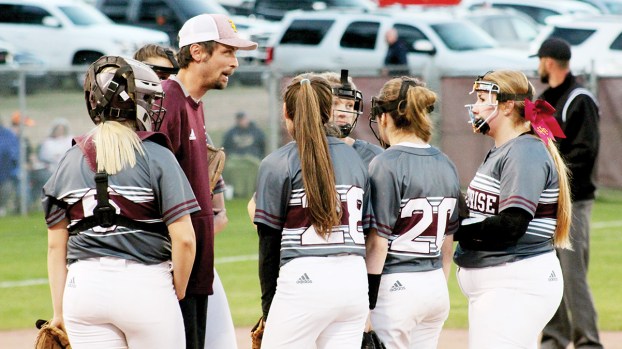 Lady Panther Park will be the center of area softball action Friday and Saturday as Brookhaven High hosts its annual tournament. Here’s a look ahead at the games scheduled for this week and the latest results for each area school.

The Lady Bobcats jumped ahead 8-0 after the top half of the first inning and never trailed.

Meg Foster, Kyla Henderson and Kaysha Register hit a double each for coach Mandy Vinson. Lynsey Nations drove in a pair of runs while Foster, Henderson and Register had one RBI apiece.

Last time out: Senior Codi Leggett pitched the win over BHS on Saturday as she gave up four earned runs and struck out five in four innings of work for coach Kris Smith.

Leggett and Kayci Beth Wallace also had a double apiece at the plate and drove in two RBIs each.

Kylie Chapman and Gracie Guynes also drove in two RBIs each against BHS.

Belle Porter hit a double, as did Mallory Honea for coach Trace Abdul-Hadi. Katelynn Malone also had a triple for the Lady Jackets (2-2).

Natalie Harris drove in a pair of runs for Enterprise and only allowed five hits in four innings of pitching work.

Last time out: In their tournament Saturday the Lady Cougars (4-3) lost 4-1 to Wesson before beating Clinton 9-7.

In the win over Clinton coach Marc Howard saw Gracie Hartzog lead his team at the plate with a home run. Abeni Fuller added a pair of doubles as well. Sydney Pevey and Lily Stephens also hit a double apiece.

Fuller drove in four runs and Hartzog had three RBIs as well.

Hughey tripled at the plate and Alyssa Leggett added a home run for coach Jan Delaughter. Marley Britt and Baylee Zumbro also each doubled in the win.

Last time out: After beating host Lawrence County 4-1 at their tournament Saturday, coach Michelle Nunnery and her Lady Cobras suffered their first defeat of the season — a 3-0 setback to 6A Clinton.

The win was the second this season for WAC over Lawrence County. The Lady Cobras (4-1) are also 1-0 in Region 7-2A play after beating West Lincoln in their division opener.

Wesson is back in region play Tuesday when they travel to play at Bogue Chitto.

Last time out: The Lady Bears (3-1) were dealt their first loss of the season when Wesson took a 12-1-win last week.

West Lincoln will be in tournament action Saturday, just not at BHS with most of the other area schools. They’ll travel to Walthall County and Salem Attendance Center to face 4A Sumrall (7-1) before then playing the host school.

WL coach Anita Thornton and her team host Enterprise on March 17 as they return to Region 7-2A play.