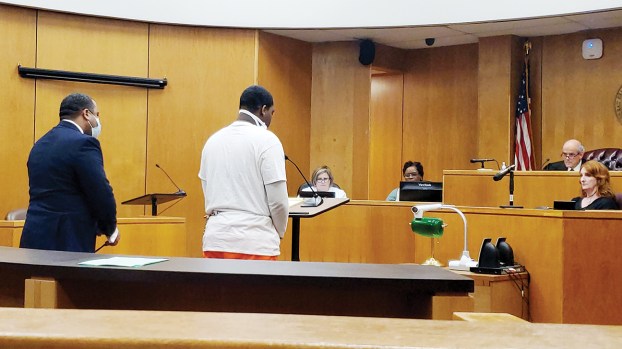 A Brookhaven man was sentenced to eight years in prison this week on drug and weapon charges.

Lattrick D. Williams appeared in Lincoln County Circuit Court for sentencing after having pleaded guilty to two charges of possession of marijuana with intent to distribute and one charge of possession of a weapon by a convicted felon, stemming from an arrest in 2015.

Several members of Williams’ family were present for the sentencing and two of his sisters addressed Judge Michael Taylor on his behalf.

“These charges brought against Lattrick do not paint him as the man he now is,” said Brittany Smith. “This does not define him or his character … this is out of the normal.”

Smith asked the court to consider Williams’ two young children in whatever sentence was handed down. Another sister, Jasmine Williams, also spoke to her brother’s character and said he had been the family’s protector and father figure for most of their lives.

Williams, 27, then spoke for himself.

“There’s a lot of stuff going on over this time. A lot of stuff that’s been said is not true and has nothing to do with who I am,” he said. “I did what I did, and I am here today for the charges I pled guilty to and I’m here to accept responsibility and get it over with. Thank you.”

“We ask the court to temper justice with mercy,” said Defense attorney Brandon Dorsey, and asked Taylor not to sentence his client to maximums.

After a brief recess to consider, Taylor returned to deliver sentencing.

“The court understands and appreciates you taking responsibility,” Taylor said to Williams, acknowledging his family’s comments and assuring Williams he would only be sentenced for those charges to which he had pleaded guilty, not anything else that may have been said about him.

For the two charges of possession of 30 grams or less of marijuana with intent to distribute, Williams was sentenced to three years imprisonment, two suspended with one to serve and two years post-release supervision.

For the charge of possession of a weapon by a convicted felon, Williams was sentenced to 10 years in prison with three suspended, seven to serve and three years post-release supervision.

“This is a very serious crime,” Taylor said of the weapon charge. “At the time of your arrest, you couldn’t own a weapon and you cannot have one at any time in the future.”

The sentences are to run consecutively. Fines of $1,500, plus court costs and $300 restitution to Mississippi Bureau of Narcotics were also assessed.

District Attorney Dee Bates and defense attorney Kelsey Rushing agreed that all evidence had been introduced and shared, but Rushing had items to discuss in chambers. Anticipating that a change of venue motion and other motions would be filed, Taylor said a trial date would be set at the next status conference, set for July 7.

No other items were brought before the court, and judge and attorneys moved discussion to Taylor’s chambers. 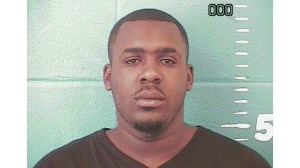