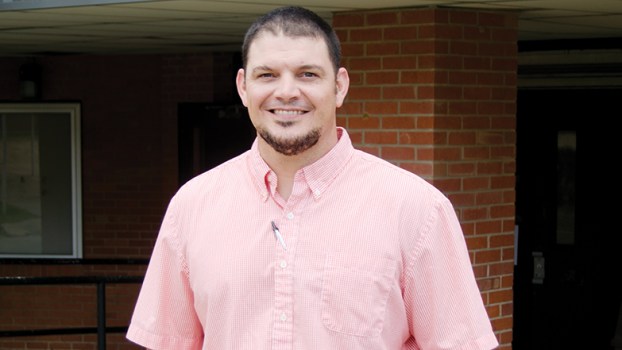 Lofton, a former Wesson Cobra, will trade in his blue for LS red as he takes on a new role as assistant principal. Being on Loyd Star’s campus will be familiar, as Lofton is a 2000 graduate.

He spent 12 years there, and he will enter into his 16th year of working in education in August.

Lofton holds a bachelor’s degree in mathematics with a minor in secondary education from the University of West Alabama. He also has a master’s degree in educational leadership from Walden University.

With the abolishment of the elementary principal position at Loyd Star, an assistant principal was needed. Lofton heard about the opportunity and pursued it.

“I was notified about the opening and I talked to Superintendent David Martin,” Lofton said. “He encouraged me to fill out an application. I interviewed with him and some others and the rest is history.”

Lofton said the position is different from his previous one at Wesson, but in a good way.

“It’s different, but I’ve enjoyed it,” Lofton said. “I’ve enjoyed the learning curve. I’m looking forward to learning. I have a lot of learning to do.”

Going from the combination of teaching and coaching to an administrative role has been something Lofton has had to adjust to during his orientation.

“When you’re coaching and teaching those kids, you’ve gotta make sure you’re giving them your best,” Lofton said. “You take on this role and it’s about every student at the school, not only in the classroom but the entire campus. That’s a big step in responsibility.”

The administration and teachers at Loyd Star are preparing for school to start back on Aug. 6.

“I’m looking forward to getting kids on campus,” Lofton said.

He hopes students reach success during his tenure at Loyd Star.

“That’s what we’re here for— we’re here for the kids,” Lofton said. “It’s not about me or anybody else, it’s about our students. I hope I can play a hand in them being successful and our kids being at their best.”