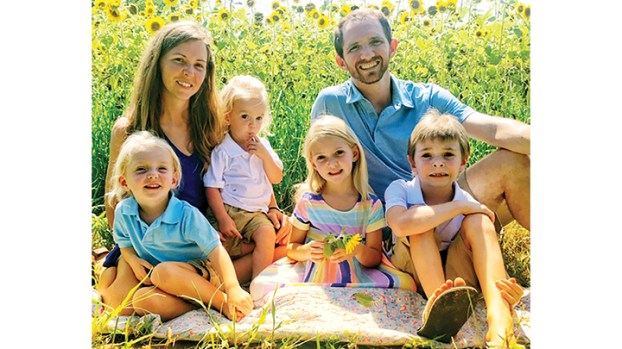 Zach Kilpatrick feels that the more he learns, the more he realizes he doesn’t know, even though he’s earned the highest levels of academic and theological achievements.

The former school teacher, a Philadelphia native, has been pastor at Mt. Zion Baptist Church in Brookhaven nearly three years and has been in ministry 11 years.

Kilpatrick said one of his greatest life lessons comes from the book of Daniel.

“I’m amazed at the lack of wisdom and understanding that I and other humans have compared to the Lord’s,” he said.

“It’s good because of the truth of the scripture. We see in the book of James that if any of us asks for wisdom, God will give it to us liberally.”

When asked a question, he tends to answer with scripture.

“If the Bible doesn’t clearly address a question, I don’t give a direct answer. I follow a friend’s advice: ‘When the Bible is silent, I am too,’” Kilpatrick said.

“I’m very conscientious about not telling people my opinion about things that are not in the Bible. I’ve seen that lesson over and over.”

Kilpatrick received the call to the ministry gradually. He was teaching school while working on his master’s degree when the idea of ministry came to him again. He was asked to be the full-time youth pastor at Bethel Baptist Church in Monticello.

“I said I would pray about it, but I thought ‘absolutely not,’” he said. “I was finishing my master’s degree and had my eye on a job at a community college. I had things worked out in my mind.”

Kilpatrick was also co-teaching at a church in Starkville and studying Ecclesiastes where Solomon was reflecting at the end of his life and concluded that everything we gain is useless – service to God is all that matters.

Kilpatrick visited the Monticello church and told leaders he wouldn’t hold pizza parties and such for the youths, but would teach them from the Bible.

“The youth committee told me they had prayed God would send somebody to teach their kids the Bible,” he said.

He took the job and loved it.

His first senior pastor role would be at First Baptist Church of Polkville.

“I had felt that serving as a senior pastor was something I’d one day do,” Kilpatrick said.

“I got a call out of the blue, and my pastor at Bethel later told me he knew I’d become a senior pastor. He had mentored me, took me to deacons’ meetings and hospitals. He showed me how to counsel. He invested in me.

”The call to Polkville was very clear.”

He and his wife Amanda have been married 12. He said his wife “is gold. She is a helpmate in ministry. She teaches Bible studies. She prays for me in our ministry.”

Kilpatrick earned bachelor’s and master’s degrees in biology from Mississippi State University and a Master’s of Theology from Southwestern Baptist Theological Seminary.