Some of my friends are for it and some… 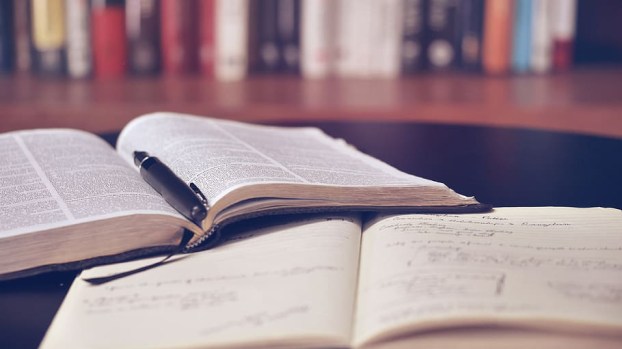 School’s mission is about way more than a man

As a mom of five, I’ve done my share of college preview days. The walking tours, the scholarship Q&As, the dean’s speech to parents about letting go. And though my kids would rather forget it, I was the kind of parent who questioned things at these events. Things like the Christian college’s top literary prize going to a homosexual propaganda piece. And the state college’s emphasis on providing close ups of the cheerleaders’ belly rings while everything academic was out of view.

Still, Thursday found us at yet another preview with our youngest daughter, this time at an institution of higher learning 12 hours away in Lynchburg, Virginia — Liberty University, the one that’s been in the headlines lately. Yeah, that one. The largest Christian college in the world. Our guide, a senior from D.C. named Cameron, said he’d never done a tour for someone from Mississippi. Good thing he did all the talking, since we didn’t have a translator.

We quickly found that “large” doesn’t just describe Liberty’s online and residential enrollment numbers, which hover around 127,000 students. The largeness carries over onto the campus, one that straddles a highway and opposite ranges of the Blue Ridge Mountains. We saw facilities that are the stuff of endowment dreams, like the “spark tank” entrepreneurial center where recent students had a great idea: swimming trunks with waterproof pockets. They’re now available at Walmart.

Cameron also took us to the 17-story divinity school called Freedom Tower. In another building, he pointed out the career center where they “put his resume under the microscope, pulled out the scalpel, and did major surgery.” In the distance we could see Liberty’s law and medical schools.

But schools can’t stop with academics, you know. At Liberty, the recreational offerings include some of the top softball fields in the nation and an Olympic-sized pool and track, plus extras like an equestrian center, a rifle range, and a year-round alpine-like resort just in case you want to ski in July. Yeah.

My preview-jaded mom’s eyes weren’t really looking at all that, though. No, I was looking at the faces of students taking time to say “good morning” as we passed by. I was noticing open Bibles in the student center and professors starting class with prayer. I was seeing the school motto, “Training Champions for Christ,” plastered on billboards and t-shirts and the bag of stuff they sent home with Daughter No. 2.

Then I had the privilege of hearing from a Liberty student’s mom who’s been scandal watching from the sidelines. She didn’t negate the damage Jerry Falwell Jr. has done, but she acknowledged sin is crouching at the door for all of us. All the time. Then she offered a word for disillusioned tuition payers.

“This school has a mission,” she said, “and it’s about way more than any one man.”

That’s good, because students there, including our own Son No. 3, are counting on it. Enrollment in his criminal justice department is up 10 percent in these defund-the-police days, even while the numbers for that field of study have dropped at other schools. His professor says it’s because students at Liberty want to make a change.

For sure, Liberty is not college as I experienced it. We didn’t have apps that told us when a dorm dryer was available, and we didn’t have bean sprouts growing in the cafeteria. Nor did we have a robotic lift in the library to retrieve books from a three-story climate-controlled vault or career fairs that attracted employers from all over the world.

And we most certainly did not whiz to class on electric skateboards.

But even though the circumstances differ, we share a common bond, me and Liberty students.

That’s because not long after I got my degree, authorities discovered the president of my strict Baptist college was leading a double life with prostitutes and $3 million in embezzled funds. He went to prison, but I’m happy to say my alma mater went on to see some of its best days. May the same be true for Liberty.