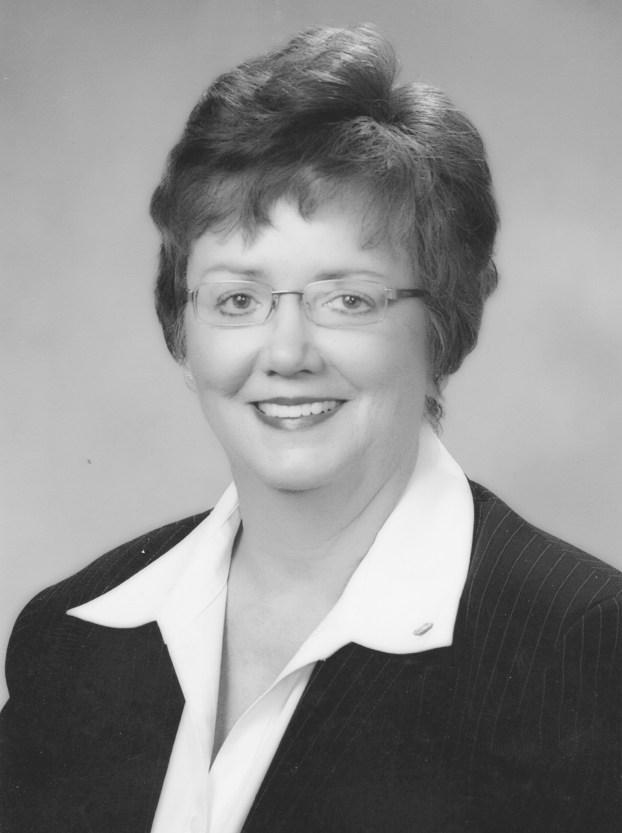 A businesswoman and a force to behold has died

Brookhaven and Lincoln County lost a true giant of business and a titan of a human being Thursday with the passing of former Trustmark executive Becky Vaughn-Furlow.

She grew up in Brookhaven as Rebecca Nettles, but all my life she was just Miss Becky to me.

The house I grew up in on Nola Road was less than a mile from her home. Our families and lives intertwined in a way where friends become like relatives through shared tragedies and triumphs.

Tragedy was no stranger to Miss Becky, yet her personal strength and spiritual faith were something that made an already great woman even that more enviable.

Her name and that of Trustmark Bank are synonymous for many people in Brookhaven and Jackson.

In 2015 she retired from Trustmark where she had served as the company wide director of human resources beginning in 1995. In all she worked at Trustmark for over 50 years.

Name an accolade or an award given to a business leader in Mississippi and she received it during her career.

To say that she commanded a room would be a woeful understatement. When she walked in you knew the boss had arrived.

Her three children are all their own versions of her strongest traits.

Her daughter Angie and son-in-law Bob Jordan have built a small business empire on Highway 51 at Co-Lin Feed and Seed.

When I see how the store has expanded its walls and offerings while being staffed by family members and employees who have become family as Angie smartly and efficiently runs the day- to-day operations — I see Miss Becky.

It’s not news to them, but the Vaughn sibling that I’m closest to is her youngest daughter, Bethany. She was my babysitter growing up and like another sister in the life of my siblings and myself.

Bethany is a fixture at the. Lincoln County Government Complex along with her husband Keith Lewis as they both work there — Bethany as court administrator and Keith as the Director of Public Works for Brookhaven. She’s also a pillar at Brookhaven Academy as there literally isn’t one corner of that campus that Bethany hasn’t put her own sweat equity into.

She’s a doer — the kind of person who jumps into whatever task needs to be completed with both feet while others might sit on the sideline and wait, a trait she got honestly from her momma.

Miss Becky was a founding member of the Grand Cougar club at BA and the scoreboard on the softball field is one of a couple things at the school that is dedicated in honor of her first husband and father of her children — Glen Vaughn.

The first tragedy faced by Miss Becky was the death of Glen due to a car accident in November of 1981.

His wreck as he returned from work at Georgia Pacific left her widowed with three children spread across high school, junior high and upper elementary.

The only way to describe how she got through that time of grief would to say that Miss Becky kept pushing. She always kept pushing.

In 1987 she had another nightmare to push through as her middle child and only son Chad was paralyzed from the waist down ahead of his senior year.

Hear and know this — nothing has ever stopped Chad Vaughn as he’s gotten all the things he desired from life; wheelchair be damned. That type of grit came from his momma.

Chad and his wife Mendez still live in the original family home on Nola Road.

After Chad’s accident there were many times in his life where he was facing a world that wasn’t always easily accessible for someone that was wheelchair bound. Easy going Chad would rather his mother not hear about a building without a ramp or an elevator to accommodate him.

If she heard about it, chances were that she was going to throw a Becky Vaughn fit to get things changed.

That was actually a term used in our house. Leave dirty dishes and empty drink cans in the living room and my momma would threaten us with a Becky Vaughn fit — the kind that could shake thunder down from heaven.

I was told that a little less than a mile up the road, those Vaughn kids were threatened with a Debbie Furr fit when they weren’t acting right too. They were a kindred pair, Miss Becky and my momma.

Miss Becky kept pushing to find happiness and did so later in life with her marriage to Benton Furlow.

They hunted flea markets and garage sales together as they stocked an old house that they’d turned into The Antique Nook. Miss Becky had an eye for the finer things and a knack for knowing what something was worth.

Benton passed away in 2002 and though their time was short, their love for each other was deep.

Twice widowed, she kept on pushing. She wrote columns for The Daily Leader and The Clarion Ledger.

In doing so she gave out practical business advice for the employee and the employer alike. Her wisdom and acumen in written form was composed in the same voice with which she spoke.

No frivolity or bull — straight to the point.

Annual trips to the beach with her family and grandchildren were the highlight of her year and she was generous with her time and service to her church home, Heucks Retreat Baptist Church.

It was only natural to have someone of the caliber as Miss Becky to serve as the chair of the personnel committee at church.

Earlier this year Heucks was in need of a new senior pastor and a search committee focused on Jonathan Guerry of Hattiesburg as the lead candidate.

Guerry told me that when he first met with the personnel committee you could feel the air in the room change when Miss Becky walked in. Everyone sat up a little taller and straighter when she was speaking.

I know exactly what he’s talking about as Miss Becky and I have worshipped together at Heucks for the last 15 years.

Last year I had one of the most harrowing moments of my life in a closed-door meeting that had multiple committees tackling some tough issues within the church.

Miss Becky was set on her position in regard to a subject and I found myself on the opposite side. She let her opinion be known and others did so in turn.

No one was out of line, but our opinions didn’t match up. Tempers didn’t flair, but there was emotion in the room. After the meeting was over as I walked past her with my tail slightly tucked between my legs, Miss Becky grabbed my wrist.

“Cliff, I still love you,” she said with a smile on her face and a glint in her eye.

I let out a big sigh and could’ve started crying from relief.

In 367 days, I’ll be a 40-year old man, but upside someone like Miss Becky it was easy to still feel like a little boy.

They made a famous musical about how Alexander Hamilton overcame tragedy through his life to become a founding father of this nation.

Miss Becky won’t have a group of actors singing and dancing her life story one day, but from her we can all gain a strong measure of inspiration.

Keep pushing no matter what.

What an honor it was to grow up watching Becky Vaughn-Furlow push her way through life.

Cliff Furr is the sports editor of The Daily Leader. He can be reached at sports@dailyleader.com