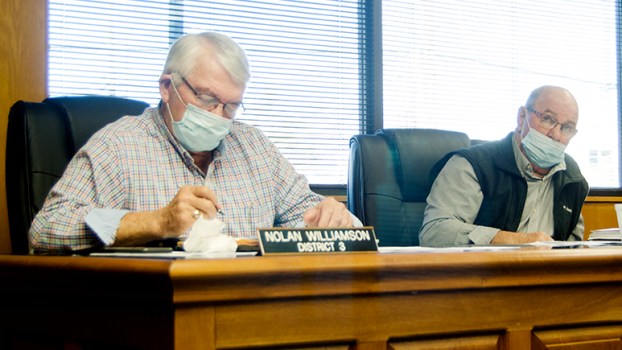 Lincoln County Board of Supervisors makes appointments for 2021

The Lincoln County Board of Supervisors appointed county positions for the New Year.

On Monday, the Board of Supervisors met and discussed county business. One of the topics of discussion was appointing, or rather reappointing county figures to their respective positions.

Board member Eddie Brown was reappointed as president. The board appointed Doug Falvey as vice president.

Will Allen was officially appointed board attorney. Allen had been serving as interim due to the passing of his father, former board attorney Bob Allen. Ryan Holmes of Dungan Engineering was reappointed county engineer.