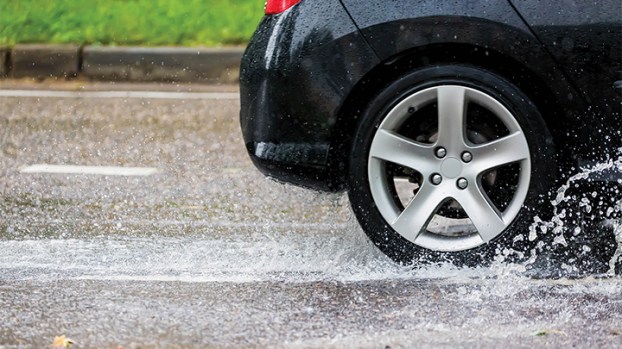 Sunday weather forecasts prompted area schools to close Monday or move to virtual learning, but the county saw none of the frozen precipitation that covered much of the South.

The winter storm blew across Texas, Louisiana and Mississippi Sunday, moving into Alabama and Tennessee Monday.

As much as 6 inches of snow fell across parts of southern Texas, according to the National Weather Service. Approximately 4 inches of the white powder was expected across central and northern Texas and Louisiana.

More than 150,000 power outages were reported in the two states Monday morning and dozens of school districts closed, delayed opening or moved to virtual learning for the day.

The National Weather Service in Jackson said 2 to 4 inches of snow were expected for areas including Vicksburg and Yazoo City, with locally heavier amounts possible.

Communities further south in Louisiana, Mississippi and Alabama missed the snow, but got rain or sleet.

Rain and snow were expected to continue in a band along the Mississippi River from Natchez north through Greenwood. Only rain was expected throughout the rest of Southwestern Mississippi and east across to Alabama, according to NWS, ending Monday afternoon.

There were no reports of damage from the storm in Lincoln County, Galey said.