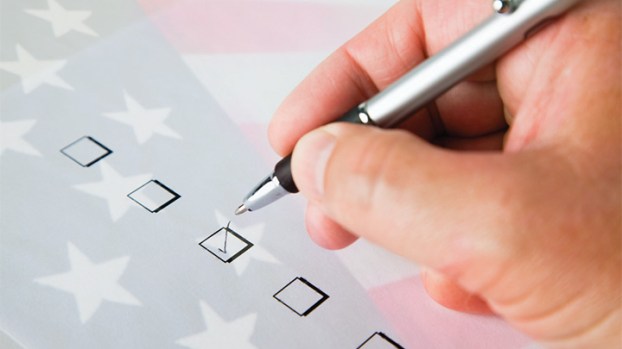 Twenty people have filed their intent to qualify so far for the 2021 Brookhaven municipal elections.

The qualifying period began Jan. 4 and will conclude Feb. 5 at 5 p.m.

A new law requires any qualifier to have been a resident inside the city limits for a minimum of two years prior to the election.

Those who qualify as either Democrat or Republican must pay a $10 fee. There is no fee to qualify as an independent, but independent qualifiers must submit the signatures of at least 50 active voters for the ward or office seeking. All qualifiers must complete the Mississippi Ethics Commission Statement of Economic Interest within 15 days of qualifying.

Voters in the municipal elections must be at least 18 years old by election day and registered to vote at least 30 days prior to election day.

Mayor Joe Cox, the two-term incumbent, is the city’s 30th mayor. He won the 2013 election with nearly 50% of the vote against David Douglas “SWAC” Smith III, D.W. Maxwell and Rose “Polly” Powell. Les Bumgarner, the previous mayor, decline to run for reelection after his single term. Cox was reelected in 2017, winning again against challenger David “SWAC” Smith.

Challenging the Republican Cox in this election is the Rev. Larry Jointer, pastor of St. James Missionary Baptist Church in Brookhaven. Also a Lincoln County Sheriff’s Office deputy, Jointer is running as a Democrat.

Brookhaven Police Chief Kenneth Collins, a Democrat, was elected to the position in 2017 after former Chief Bobby Bell retired. Collins won with 59% of the vote against Republican candidate Jason Gaskin.

The following lists the names of people who had qualified by the end of the day Friday, presented by order of filing and identified as Democrat, Republican or Independent.

[Incumbent Jason Snider is not running for re-election]