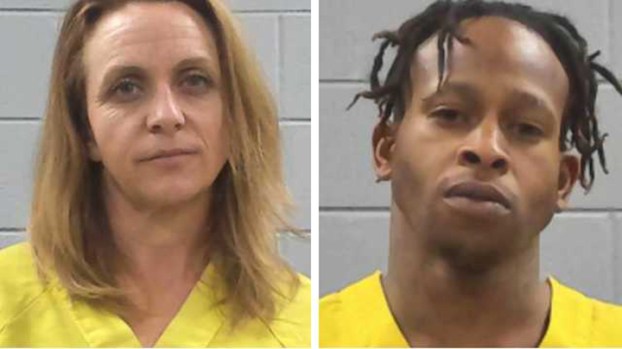 Two murder suspects have been captured in Lawrence County after a search Tuesday by law enforcement and will make their initial appearance in Rankin County Court.

Sheriff Ryan Everett confirmed the two suspects were wanted for the alleged murder of a woman in Rankin County Tuesday morning.

Taken into custody by the Rankin County Sheriff’s Office and US Marshals Task Force were Ashley Basham, 46, and Dantrell Jerome Hunter, 27.

The victim was found at the crime scene in the 100 block of Conerly Road in Braxton dead, with head trauma, following a 911 call. The victim was identified as Ashlei McFarland, 38, of Louin.

Basham and Hunter were located at a private residence on Henry Cox Road, Everett said. The sheriff also said the two occupants of the home, one male and one female, were arrested and charged with harboring fugitives and accessory to first degree murder after the fact.

The two are being held in the Lawrence County Jail.

Hunter, of Prentiss, and Basham, of Hattiesburg, have been scheduled to appear before Rankin County Court Judge Kent McDaniel for an initial appearance.