Cougars step into non-divisional play with road sweep at… 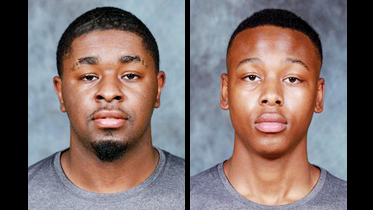 Basketball was finally back in Mullen Gymnasium on the campus of Copiah-Lincoln Community College in Wesson Thursday as the Co-Lin men’s team opened its season with a 78-75 win over visiting Delgado C.C. of New Orleans.

Playing in front of a socially distanced crowd of 10% venue capacity, the Wolves and Dolphins went back and forth trading buckets until the final seconds of the game.

Co-Lin trailed 40-38 at halftime as neither team created much separation throughout the game. The Wolves’ largest lead grew to seven points during the opening half.

Coming off a timeout Delgado used a 3-pointer to cut the deficit back to 76-75 with 56.1 seconds remaining.

Since then, Bizot and his assistant coach Jake Reed have been dealing with all the issues that have come with building a new roster and team during a global pandemic.

Thursday, that involved knowing who to have on the court during the final minute of a one-possession game.

“This is Jan. 21, and you’d usually be deep in conference play at this point of the season,” said Bizot. “And tonight, with two minutes left we had some guys out there playing well that surprised me a little bit. That’s part of the first game though — figuring all that out. We didn’t play well all night, but we were tough enough to get the win.”

The Wolves worked the ball down against the Delgado defense and got room to breathe when Meriweather drove and splashed down a floater that proved to be the final basket of the game.

A Delgado 3-point attempt just before the buzzer barely made contact with the rim.

“DeMarcus always hits big shots for us and tonight he made some plays at the rim as well,” said Bizot.

Co-Lin will open division play Monday when they host Southwest Mississippi C.C. for a 6 p.m. tipoff. The Co-Lin women’s team will start its season on Tuesday when they travel to face Southwest in Summit.