I-55 southbound closed in Lincoln County 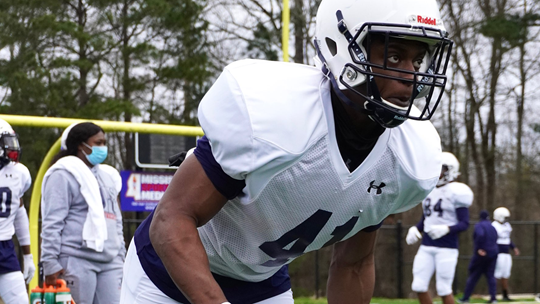 College athletes could be paid under new legislation

Mississippi is the latest to join a movement of states across America to grant college athletes the right to be compensated from endorsements and commercial endeavors.

A bipartisan coalition of lawmakers in both the Senate and House passed separate bills that would allow college athletes to contract with an agent for their names, images or likenesses to be used, for instance, to endorse a product and receive compensation for that endorsement.

At least four other states have passed similar laws, and 31 states are considering similar proposals, according to Sports Illustrated. Many lawmakers around the nation have been critical of the NCAA for dragging its feet on the issue. The NCAA says it awaits the federal Congress to pass legislation to provide guidance on the issue and a decision from the U.S. Supreme Court, which will hear arguments in a relevant lawsuit in March and is expected to rule on the issue later this summer.

Bills in differing versions have passed both chambers of the Mississippi Legislature this year. Proponents have warned the state’s universities could suffer in recruiting — both athletically and academically — if lawmakers don’t act this year.

“As the old saying goes, we need to hold our nose and support it,” said Rep. Scott Bounds, R-Philadelphia, who rang a Mississippi State University cowbell from the well before he presented the bill to the House. “Every day this is not addressed, we are losing ground to institutions around us. We do not need to get behind the eight ball further.”

The bill — called the Mississippi Intercollegiate Athletic Compensation Act — passed the House 93-19. A similar bill passed the Senate with no dissenting votes. At some point in the process, the bills must be reconciled for one to become law.

California enacted the first law to provide compensation for college athletes. That proposal is not scheduled, as of now, to go into effect until 2023, though lawmakers there are considering moving up its scheduled enactment. A Florida law, passed in 2020 and considered the catalyst for the nationwide movement to address the issue, is slated to go into effect this summer. It is not clear yet when the law would go into effect in Mississippi should the proposal make its way through the legislative process, though the Senate proposal says July 2021.

He said multiple legislatures in states with Southeastern Conferences schools are considering the proposal.

Rep. Becky Currie, R-Brookhaven, successfully amended the bill so that it addresses the ongoing controversy for many surrounding transgender athletes. The amendment, which was approved, says males cannot earn compensation competing in a female sport and specified in certain instances doctors must “indicate” an athletes’ gender “based on certain qualifying biological attributes.”