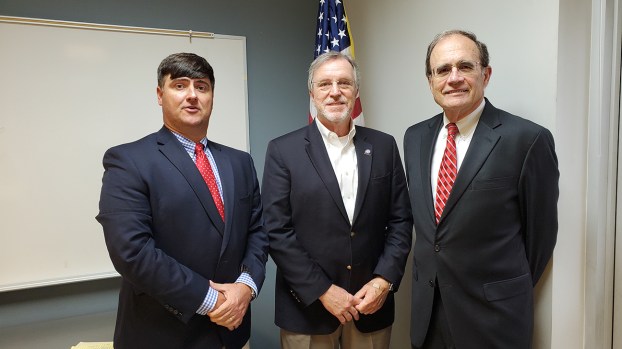 Lt. Gov. Delbert Hosemann told Brookhaven and Lincoln County leaders to make their plans and get things in order for the federal money coming their way.

Hosemann met in Brookhaven Wednesday afternoon with leaders from the Lincoln County Board of Supervisors, Brookhaven Board of Aldermen, county schools, county and city offices and local legislators with a two-fold purpose.

The first was to give an update on what took place in the state Legislature during the session that recently ended — a teacher pay raise package of $51 million was passed; 4,000 miles of cable was laid to expand rural broadband; the National Guard’s budget was tripled to $5 million providing for 12,000 soldiers; occupational licensing reform was enacted; and state employees received needed raises, especially those working in correctional facilities.

The second purpose of Hosemann’s visit was to advise adequate preparation for how to spend the billions of dollars coming into the state through the American Rescue Plan Act.

The American Rescue Plan Act is a $1.9 trillion economic stimulus bill passed by the U.S. Congress and signed into law by President Joe Biden in March, with the intended goal of speeding up the country’s recovery from economic and health effects of the COVID-19 pandemic and the ongoing recession.

“We will never get that much money again,” Hosemann said.

Education in Mississippi will receive $1.6 billion, with $400 million going to higher education, Hosemann said. Cities and counties will receive $932 million — Brookhaven will receive a direct payment of $2.69 million and Lincoln County $6.62 million.

The funds are specifically for water and sewer, tourism, economic losses and the costs of the pandemic, the lieutenant governor explained.

“You need to do your planning now,” he said. “This will permeate the future for your children and grandchildren, so we need to get it right.”