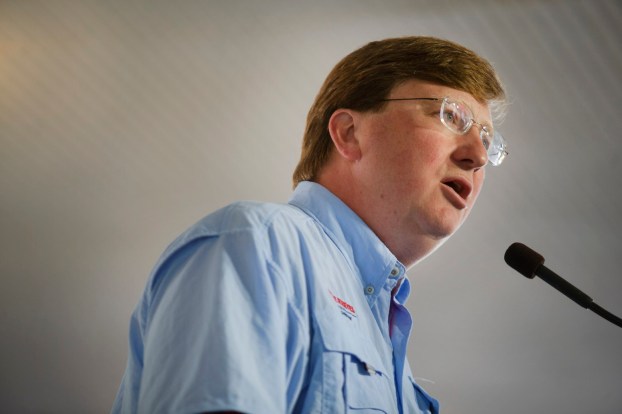 Gov. Tate Reeves and legislative leaders battled last year over who had the authority to spend $1.25 billion in federal coronavirus relief funds.

The Legislature ultimately prevailed in the spending control of the CARES Act funding, but part of the political compromise was granting the governor sole spending authority of $50 million.

One year later, Reeves has been allocated the $50 million but has spent only $20.7 million of that amount.

Reeves’ office, when contacted by Mississippi Today, would not provide any details of how the public money has been allocated and spent. But we obtained a breakdown from the Department of Finance and Administration, an agency that falls under the governor’s control.

Reeves allocated those funds to eight agencies — most of which fall under his direct control, according to information provided by DFA.

As of the end of May, the governor’s CARES Act funding disbursement consists of:

Agencies contacted by Mississippi Today say they have used the funds to deal with issues related to combatting COVID-19. For instance, DFA spent $692,482 for such items as mailing out the checks to businesses that received grants through the CARES Act, to offset losses during the coronavirus lockdown and for other issues related to helping agencies that received CARES Act funding.

“How the remaining funds will be spent is yet to be determined, but they will be used on the unexpected expenses related to the pandemic as they arise,” said Marcy Scoggins, a spokesperson for DFA.

When the Legislature appropriated the funds in the summer of 2020 in multiple areas, such as grants for businesses, grants to health care providers to help with their effort to combat COVID-19 and in a litany of other areas, the CARES Act funds had to be spent by the end of the 2020 calendar year. But later in the year, the federal law was changed, giving states until the end of 2021 to spend the funds. But the money appropriated by the Legislature – with the exception of the $50 million provided to Reeves — still had to be spent by the end of 2021. It was incorporated into state law that most of the money not spent by then was deposited into the trust fund that provides unemployment compensation.

Other ways the money was spent

Beverly Kraft, a spokesperson for the courts, said the governor’s funds have been spent in accordance with oversight of the Department of Audit to help the judiciary statewide in dealing with COVID-19 issues and protocols.

Logan Reeves, a spokesman for the Department of Audit, said the agency had used the funds from the governor to provide oversight of all the CARES Act funding the state received to ensure it is being spent in accordance with federal mandates.

“We are trying to provide oversight on the front end,” Reeves said.

Jacob Manley, a spokesman for the Department of Revenue, said the $1.5 million the agency received from the governor has been spent:

Melissa Scallan, a spokesperson for the Mississippi Development Authority, said the agency spent $2.8 million “on administration of the CARES Act programs — Back to Business, rental assistance, independent schools, healthcare providers. We had a call center, set up a website, etc. so we could take applications and process them.”

MEMA, which received the largest allotment from the governor, has spent the funds on various COVID-19 response items, including $1.9 million for salaries, $1.5 million for a call center and $4 million for commodities purchased related to the coronavirus, according to Malary White, a MEMA spokesperson. MEMA has been responsible for procuring much of the PPE for the state and for many healthcare providers during the pandemic.