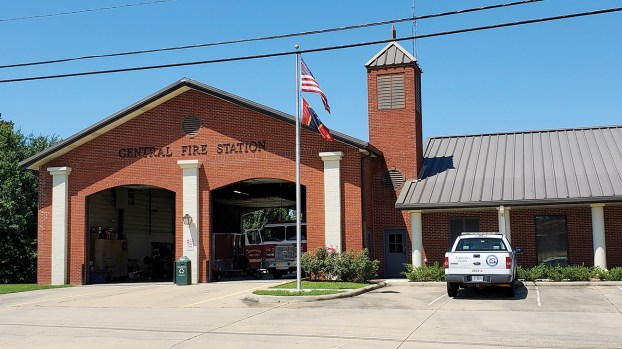 Three promotions within the Brookhaven Fire Department were approved by the city’s Board of Aldermen during its regular meeting Tuesday.

The suggested promotions and their accompanying payroll increases were presented to the board by Acting Chief Jeff Ainsworth. With the retirement of Chief Tony Weeks effective June 30, former Shift Captain Ainsworth has stepped into the day-to-day role of acting chief until he becomes chief effective July 1. Ainsworth was approved as new chief by the city board in April.

When Ward 2 Alderman Shannon Moore asked Ainsworth to explain the reasons for the promotions, Ainsworth answered that these were promotions to fill newly-vacated positions within the department — one would fill Ainsworth’s vacated role, another would fill that role, and so forth.

“It is the normal progression,” Ainsworth said, for advancement within the department.

“The fire department has always gone by procedure, which is why we’ve never had a problem with promotions,” said Ward 1 Alderman Dorsey Cameron.

“So promotions are based on seniority, is that right?” Moore asked.

While promotions have been traditionally based upon seniority, some fire fighters would rather not take a promotion, opting to remain in their current roles, Ainsworth said. In those cases, they are not forced to advance in rank.

What would happen if two or more fire fighters shared the same seniority, Moore asked.

“That’s a good question. I haven’t had that happen yet — I’m still getting my feet wet — but I’m going to be as fair as possible,” Ainsworth said.

The new chief said he has been in repeated conversations with chiefs at other fire departments in the state, asking about their promotion processes.

“I’d like to introduce a testing component,” Ainsworth said. “There would be a written exam and entrance to the Academy, and we’ll evaluate on experience at that moment. I’m asking other fire departments how they operate on a testing system for promotions, and in the future I’d like to look at doing that. I’m open. It’s hard to just pick.”

“Right,” Moore said. “That’s why I was wondering.”

The promotions were approved by the board with no opposition.